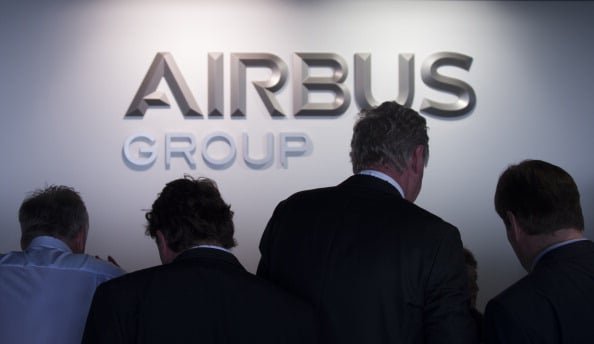 Airbus Group sold eight per cent of Dassault Aviation back to the French planemaker in a deal worth 794 million euros on Friday – the first step towards unwinding an awkward 16-year-old link to its defence market rival.

The move will result in a net reduction of Airbus Group’s stake from 46.3 per cent to 42.1 per cent after taking account of Dassault’s plans to cancel the shares along with a further one per cent acquired in a separate buyback, the companies said.

Airbus said it had sold the shares for 980 euros each, or a 9.2 per cent discount to the Friday closing price of 1,079 euros.

The trade follows months of negotiations between Airbus, Dassault and the French government, on whose behalf Airbus holds its stake in an arrangement considered outdated by its management and some investors who have urged it to cash out.

Airbus said it would make its “best efforts” to sell up to a further 10 per cent of Dassault Aviation by June 30, 2015, in one or more placements.

Dassault Aviation has pledged to support this by offering a maximum of 980 euros a share for half of each placement, up to a limit of five per cent of its capital, the companies said.

Airbus Group and Dassault Aviation compete in the fighter jet market, with Airbus representing Germany and Spain in the Eurofighter consortium, while Dassault builds France’s Rafale warplanes as well as Falcon business jets.

Airbus’s decision to reduce its stake follows a strategic review and efforts by Europe’s largest aerospace firm to simplify its structure and weed politics out of its business.

Airbus inherited the shares from state firm Aerospatiale, which had received them from the French government in 1998.

By returning under Dassault’s control, the shares sold on Friday have completed a 36-year round trip since the French government acquired almost half of the family-controlled defence champion in 1978.

Since then, they have served as an ingredient for the consolidation of France’s aerospace sector and earned a chapter in the world’s largest trade dispute, when the United States claimed they had unfairly benefited their future owner Airbus.

But Airbus Group Chief Executive Tom Enders said earlier this year it did not consider the stake, from which it benefits from dividends but no boardroom influence, as a core asset and that selling was “not a matter of if but when”.