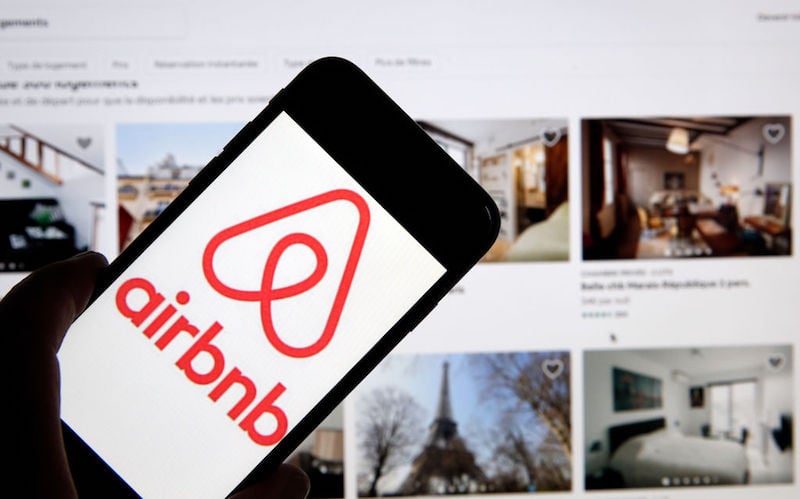 Airbnb shares slid after the company missed estimates on bookings, highlighting investors’ and analysts’ high expectations for companies in the travel sector as the end of pandemic restrictions fuel demand for trips and stays away from home.

The San Francisco-based home-rental company said Tuesday that nights and experiences booked in the second quarter rose 25 per cent to 103.7m, missing an analyst estimate for 106m. Second-quarter sales rose 58 per cent from a year earlier to $2.1bn, matching the Street’s estimates. The stock fell 5 per cent.

Though it’s been reporting a boom in activity from a surge in travel, investors have been punishing the company, sending the stock down about 30 per cent this year. A $2bn buyback, its first ever, will offset dilution from an employee stock program. Though the company forecasts a record third quarter, the backdrop of a slowing world economy means the company has refused to use the windfall of demand to introduce a change of investment strategy.

“During the height of the pandemic, we made many difficult choices to reduce our spending, making us a leaner and more focused company,” Airbnb said in a letter to shareholders. “We’ve kept this discipline ever since, allowing our hiring and investment plans to remain unchanged since the beginning of the year. Airbnb is well positioned for whatever lies ahead.”

The platform expects $2.78bn to $2.88bn of sales in the third quarter, with the low end of that range matching the average in a Bloomberg survey of analysts. Airbnb recorded its highest-ever daily revenue on July 4, indicating demand continued in the current quarter.

CEO Brian Chesky and other industry executives have been expecting travel demand to surpass 2019 levels, overcoming strains from new Covid variants, an inflation pickup and Russia’s invasion of Ukraine. The platform has realized that expectation — the $379n of net income is the highest ever for a second quarter.

The company reported earnings per share of 56 cents, a swing from last year’s 11 cent loss. The plan to buy back as much as $2bn of Class A stock allows transactions to be made at management’s discretion and through a variety of methods, including open market purchases, and can be terminated at any time.

Gross bookings, the total value of transactions on the platform, totaled $17bn in the second quarter, just topping the analyst estimate of $16.9bn. Long-term stays were the fastest growing category, gaining almost 90 per cent from three years ago, suggesting the pandemic boon is getting extended as people able to work from anywhere continue to seek longer-term stays in remote locations.

The enthusiasm for travel has given hosts pricing power, with daily rates averaging $164 in the second quarter, 40 per cent more than three years ago. Airbnb expects a slight pickup in average daily rates on an annual basis in the third quarter to drive an increase in the value of gross bookings.

Airbnb’s announcement Tuesday dovetails with Visa’s report last week that cross-border transactions rose 28 per cent in the fiscal third quarter, beating analyst estimates and one of the first indications in the current reporting period of strength in travel. Rivals Booking Holdings will report Wednesday, and Expedia Group will publish results the following day. Both are grappling with waning investor sentiment. Booking is down about 19 per cent this year, and Expedia has dropped around 42 per cent.

Airbnb’s expectation for a revenue pickup in the current quarter includes “a significant headwind from foreign exchange fluctuations relative to last year.” The strength of the greenback has been a theme for US tech giants, with Microsoft and Netflix reporting it hit results. Roughly half of Airbnb’s revenue comes from abroad, Booking does close to 90 per cent of its sales overseas, and Expedia’s share is around 25 per cent.

Severe disruption in the airline industry may also weigh on future travel. United Airlines Holdings and Delta Air Lines are among carriers cutting back flights to deal with staff shortages, surging fuel costs and a flood of passengers cramming themselves onto planes now that Covid travel restrictions have eased.