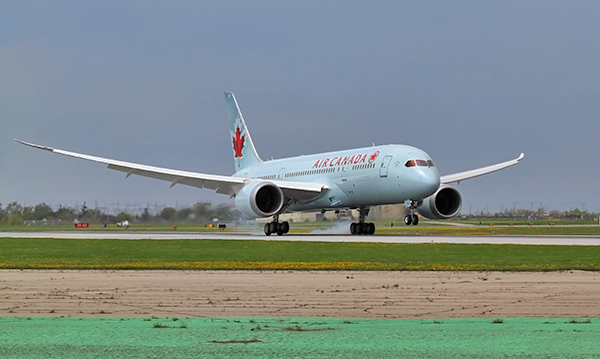 Air Canada has announced plans to launch non-stop flights between Toronto and Dubai from November 3, 2015.

The three-times-weekly service will mark Air Canada’s first direct route to the UAE and aims to tap into increasing travel between North America and the Middle East, the airline said in a statement.

The new route will be operated on the Boeing 787 Dreamliner in a three-cabin configuration, including lie-flat seats in business class, a premium economy cabin, and upgraded in-flight entertainment.

Canadian Minister of Transport Lisa Raitt said: “Air Canada’s new service will play an important role in opening new markets in the Middle East and offer more options for travellers between Canada and the region. This benefits our air sector and promotes increased trade.”

Air Canada currently serves the region primarily through a joint venture with Lufthansa over Frankfurt and Munich.

The new service will also build on Air Canada’s existing codeshare relationship with Etihad Airways, with whom it codeshares on three flights a week between Toronto and Abu Dhabi, the carrier said.

“Air Canada’s international growth strategy continues to accelerate with the addition of the seventh new international destination to our global network announced in the past year,” said Calin Rovinescu, president and CEO at Air Canada.

“The introduction of the Boeing 787 Dreamliner to Air Canada’s fleet this year has been a catalyst for our international expansion plans, which will receive an additional impetus in 2015 when the larger Dreamliner 787-9 series aircraft begins to enter the fleet.”

Including Dubai, the airline now serves or has announced services to 66 international destinations from its Toronto global hub.

Tickets for the Dubai route will go on sale from December 16, 2014, the statement said.

Once operational, Air Canada will compete with Emirates, which offers direct A380 services to Toronto’s Pearson International Airport three times per week.