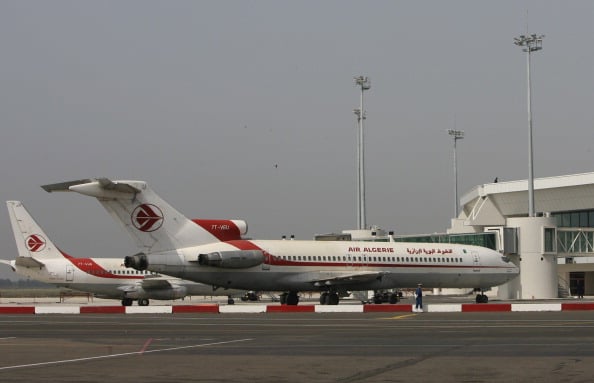 The Air Algerie flight that crashed in Mali last week appears to have plummeted to the ground from an altitude of 10,000 metres in just a few minutes after flying into a storm, a senior official involved in the investigation was quoted as saying.

French officials have said they believe bad weather was most likely to blame for the crash, which killed all 118 passengers and crew when the McDonnell Douglas MD-83 aircraft smashed into the ground south of the Malian town of Gossi, near the border with Burkina Faso.

Pilots of the plane, which left the Burkinabe capital Ouagadougou en route for Algiers in the early hours of Thursday morning, asked for permission to alter their route due to poor weather as they flew north.

General Gilbert Diendere, head of Burkina Faso’s crisis cell, said radar data showed that the plane appeared to try to fly around the bad weather before reverting to its initial course, which took it back into the eye of the storm.

“Perhaps the pilot thought that he had completely avoided it and wanted to return to the original route,” Diendere said, according to the website of French radio RFI. “The accident took place while the plane performed this manoeuvre.”

Diendere said the last contact with the plane at its altitude of 10,000 metres was at 0147 GMT and the crash was reported by witnesses to have taken place at 0150.

“That means that (plane) fell from an altitude of 10,000 metres to zero in about three minutes, which is a steep fall given the size of the plane,” he added.

French authorities have not ruled out any explication for the crash but they believe the poor weather played a part in the accident. There were 54 French citizens among the passengers.

The two black boxes from the plane have been found and transferred to France, where they are being examined by experts and results are expected in the coming weeks.

Some families of passengers from Burkina Faso have already been taken to visit the crash site, where remains of the plane are scattered across scrubby bush land.

As well as French and Burkinabe, those aboard included Lebanese, Algerians, Spanish, Canadians, Germans, Luxembourgers, a Cameroonian, a Belgian, an Egyptian, a Ukrainian, a Swiss, a Nigerian and a Malian.