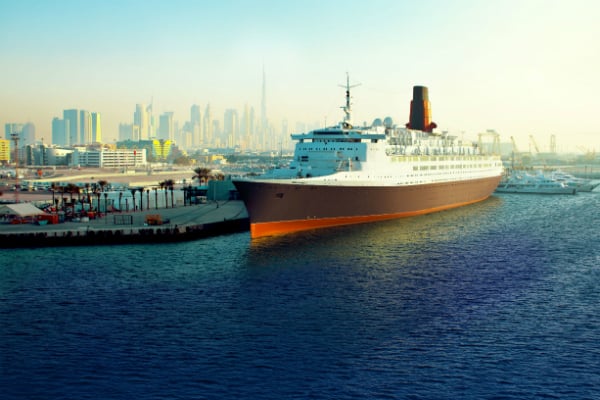 More than a decade after being acquired by a Dubai investment company, the Queen Elizabeth 2 (QE2) liner welcomed its first guests on Wednesday as part of a soft opening as the legendary ship begins a new chapter as a hotel.

The journey to get to this point has arguably been more perilous than any the vessel undertook in a storied history spanning nearly 50 years and 25 journeys around the world.

The QE2 was acquired for $100m in 2007 by Dubai World unit Istithmar and brought to the emirate in November 2008 during her final voyage.

In the years since it had at times been thought forgotten, abandoned like many other projects after the emirate’s 2008 property crash. 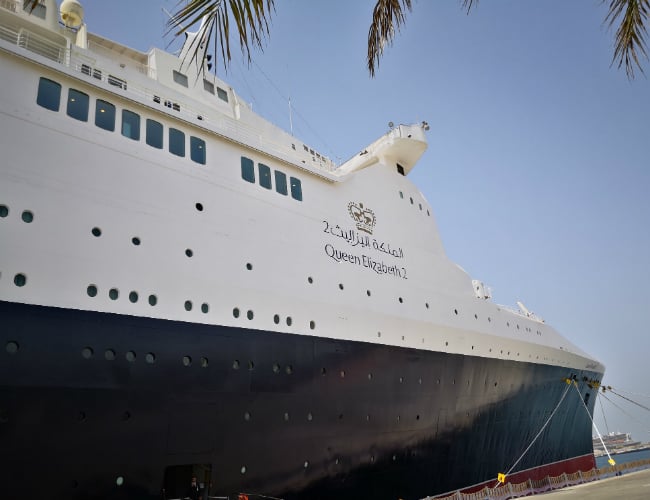 Several plans to convert it into a hotel came and went and it was not until some two-to-three years ago that Sultan Ahmed bin Sulayem, the face of many of Dubai’s maritime ventures including ports operator DP World, directed the vision for a combined hotel and museum project.

The chief executive of Ports, Customs and Free Zones Corporation Hotels (PCFC Hotels), the entity now managing the ship under its new hospitality guise, told reporters the investment in the vessel to date has cost as much as the government initially paid for it. 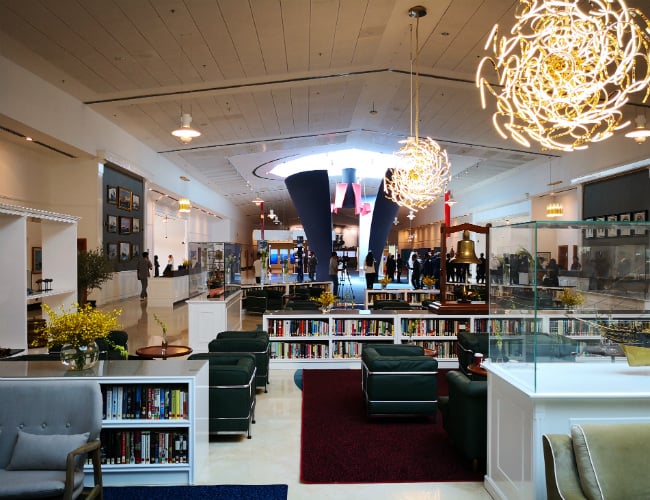 The first phase of refurbishment work across seven decks, 244 rooms and four food and beverage outlets has totalled $100m and some 2.7 million man hours, Hamza Mustafa said, an indication that there will be further costs to follow.

There are six other decks including a spa and pool area, nine further food and beverage outlets, a shopping arcade and a reported 300+ additional hotel rooms still to come and work is continuing onsite.

But the CEO appeared confident the vessel would be able to generate a return on investment through conversion work that has focused on maintaining much of the ship’s original charm and its links to famous former guests, which beyond Britain’s Queen Elizabeth II herself include Dubai ruler Sheikh Mohammed bin Rashid Al Maktoum, US presidents, UK prime ministers, Nelson Mandela and a host of celebrities. 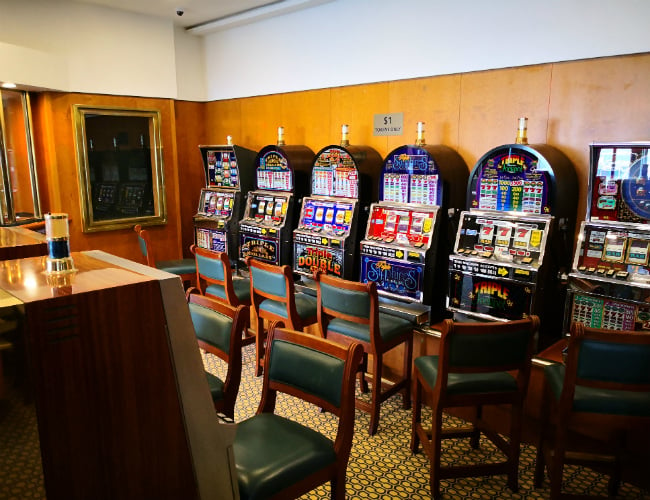 “I’m hopeful this investment is going to be a major success,” Mustafa said, highlighting features including a 550-person ballroom and signature restaurant The Queens Grill, offering British fine-dining and a tasting menu of classic dishes from 1969.

Two suites used by Queen Elizabeth II are available by invitation only and will cost $15,000 a night but officials were also keen to stress that the vessel is “not a five or seven-star hotel” and offers cheaper accommodation for as little as Dhs600 ($163). 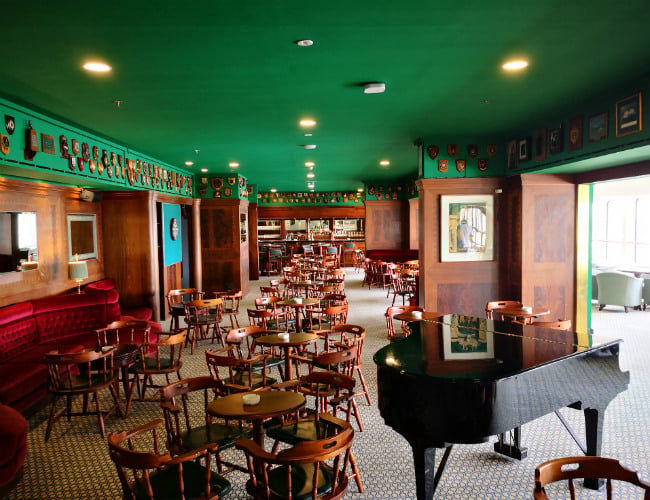 Rooms are said to be fully booked for the next two or three months but the ship’s main challenge will be maintaining interest during the height of summer when Dubai hotel occupancies typically wane as temperatures sore to 45-50 degrees Celsius. 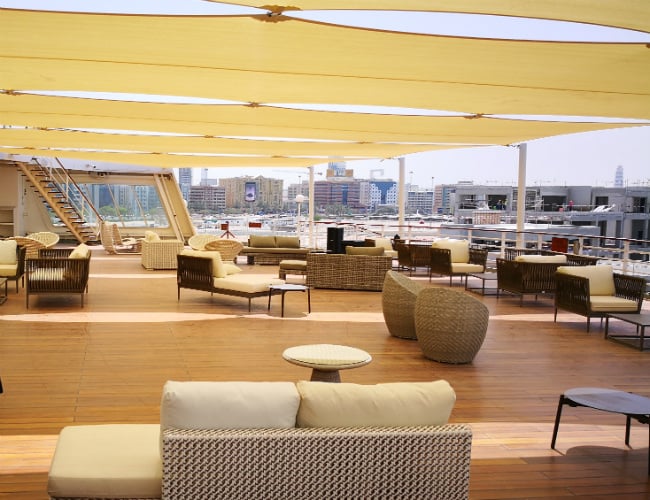 Officials believe the vessel’s history and its “celebrity” status will make the difference in a city known for its wealth of extravagant hotel offerings.

The operator also appears keen to tap into the events market with marriage packages, 25 meeting rooms and museum and exhibition areas that can generate revenue beyond the hotel rooms. 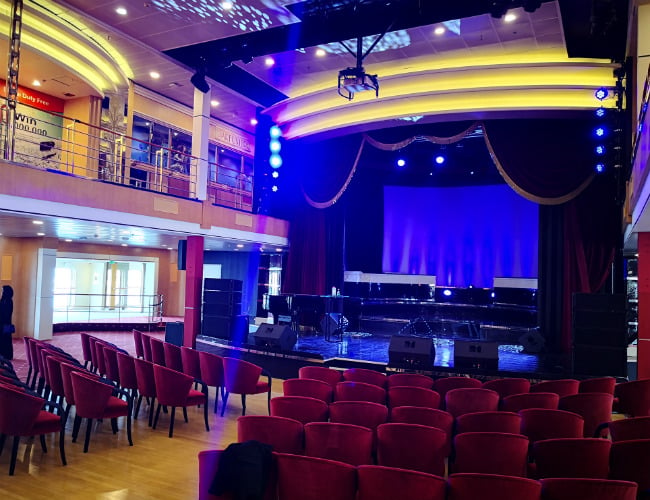 But one avenue that has been ruled out is a return to the high seas, with Mustafa quite adamant the vessel is staying put at its new home in Mina Rashid, where it forms part of a wider project of luxury residences and a marina. 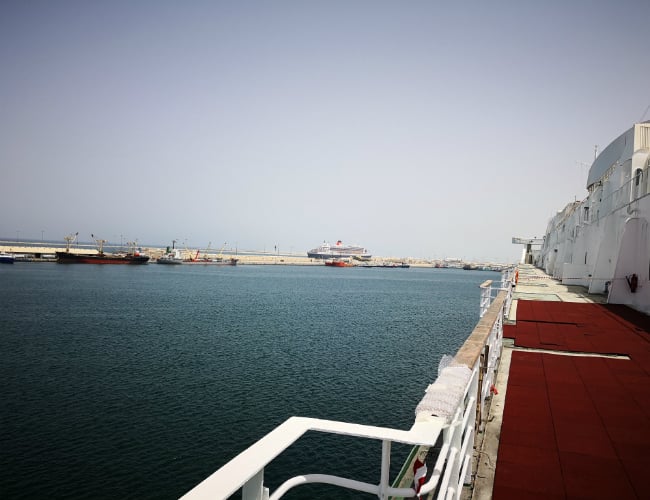 “No the QE2 will never sail again, we’re not in the cruise line business we’re in the hotel business,” he insisted.