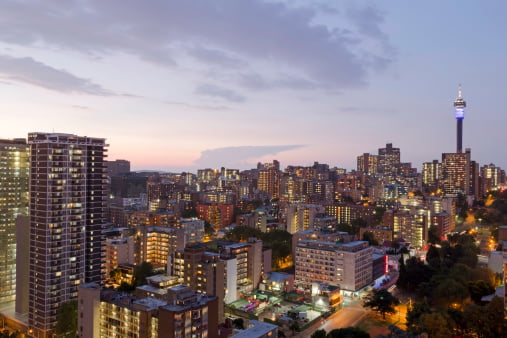 Every few years the global economic press proclaims its golden child. Today Africa is enjoying its moment in the sun. Just a decade ago, The Economist, that business savant of our times, labelled Africa, ‘The Hopeless Continent’. Today it proclaims, simply: ‘Aspiring Africa’.

The world is still waiting for a ‘New India’ and will be waiting for some time yet. And modern China is late to the table. But what makes Africa different, to be frank, is its low base rate and immense potential.

The continent has been ravaged by war, corruption and famine for many decades, and only now are the results from past investment starting to come through.

The vast continent has been privy to a billion dollar investment pipeline over many years. Roads, schools, tech, agriculture, oil and gold mines have all felt the flush long arm of private investment and aid.

“The leaders are taking concrete steps to remove red tape and corruption hurdles one by one. They will do whatever needs to be done to get the goods and services to flow more easily,” said Patricia Francis, executive director, International Trade Centre, Switzerland.

“There is sector growth in logistics, value addition products, agriculture and land and water assets. The service sector has the greatest deficit – improving this sector will allow the other sectors to become effective.”

Crucially Africa is moving away from tyrannical, socialist governance, which has opened the gates for more and better business. Only four out of Africa’s 55 countries now lack a multi-party constitution. And where there is still a public stranglehold, the younger citizens are rising up and becoming active in civic rights groups or as protestors.

“Africa’s growth story is neither exceptional nor special. Economic growth has been driven by broad- based improvements in political and socio-economic conditions, which have induced capital accumulation,” said Goldman Sachs in a recent report.

“These factors drove economic growth in the mid-1990s and sustained the process buoyed by the commodity boom. We expect sustained growth as these drivers continue to improve,” the report added.

The drum call for Africa’s ascendance grows louder as these fertile economic conditions lead the consumer class to rise up and be counted.

“While per-capita incomes in most African countries remain low, incomes are rising, leading to the development of a new consumer class with increased disposable income,” writes Charles Davis, partner, AT Kearney London.

“At the same time, demographic trends are bringing change – there are simply more consumers to buy more goods, and a changing age profile is leading to more people who are in the early stages of an economically active life.”

AFRICA AND THE GCC

Currently the main product that Africa sells to the GCC is precious stones and metals, worth $1.5 billion in 2011, followed by electrical equipment, fruit, iron ore and steel. Going the other way the main trade is oil, followed by plastics and petrochems.

In future, agricultural imports from Africa to the GCC will become of critical importance as food security concerns grow. The GCC and Africa are also increasingly consulting on large knowledge and services collaborations, such as telecoms and green energy.

Dubai, in particular, is acting as the de facto springboard city for business into Africa. Firms are setting up shop in the tiny emirate, lured by its regulatory framework and infrastructure and its short hop distance to Africa.

Hamad Buamim, director general, Dubai Chamber of Commerce & Industry, said: “The city can offer global businesses a safe and stable base to access African markets. There are already a number of successful multinationals doing just this, like Nestle, Louis Dreyfus, one of the world’s largest commodity traders, and MiDCOM Group, the largest Nokia distributor in Africa and the Middle East region, who all base their Africa offices in Dubai.”

Alabbar, the chairman of Emaar, the Middle East’s largest property company, is bent on ramping up the firm’s African activities, with particular focus on Uganda, Mozambique, Nigeria, Ghana and Angola.

“Look at Africa with its almost unlimited resources, and then at Asia with all its needs – that combination is a very interesting one,” Alabbar said at a recent Dubai-Africa trade conference. “We are drawn to Africa because of its market size and potential. Emaar looks for large-size developments,” he said.

He added that investors must ‘be able to stomach and understand’ Africa’s risks.

“My advice is to go to the country you want to invest in, meet the people, and see for yourself.”

Ajen Sita, Ernst & Young’s Africa managing partner, said there was “a growing confidence and optimism among Africans themselves about the continent’s progress and future”.

The report found that the continent’s trend towards growing diversification was continuing, with an increasing emphasis on services, manufacturing and infrastructure-related activities – a positive sign given the volatile nature of commodity prices.

“A critical mass of African economies will continue on this journey,” Sita said. “By the 2040s, we have no doubt that the likes of Nigeria, Ghana, Angola, Egypt, Kenya, Ethiopia and South Africa will be considered among the growth powerhouses of the global economy.”