Why Affordable Smartphones Are Crowding The UAE Market | UAE News 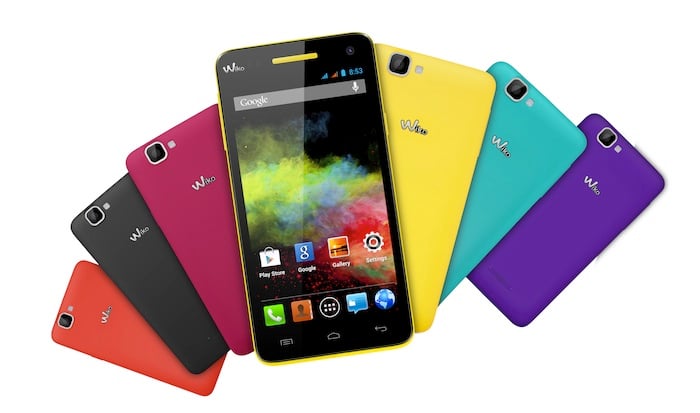 September 2014 can safely be dubbed the month of smartphones. Apple launched its much-anticipated iPhone 6 and the 6 Plus; Samsung unveiled the Galaxy Note 4; the Xperia Z3 arrived from Sony and BlackBerry revealed the Passport, among several others.

Each one of those phones could be bracketed in the high-cost, flagship category.

In the UAE, however, it was the affordable smartphone segment that saw an explosion of new brands.

One of the more high-profile launches came from the ex-CEO of Apple, John Sculley, who launched Obi Mobile in the Middle East in partnership with Jumbo Electronics.

The company unveiled a lineup of five devices, with the most expensive, the Octopus smartphone, priced at Dhs799.

Speaking to Gulf Business at the launch, Sculley says he was targeting an eventual overall market share of five per cent in the Middle East, with an initial investment of $20 million.

“The industry is exploding if you look at emerging markets,” he explains.

“We have no interest to go into markets that are saturated like North America and most of Europe. We’re considering the markets going through transition and where the population is largely young people buying smartphones for the first time.”

Obi, he says, will focus on markets that the are moving from 3G to LTE and regions where there is a greater need for affordable devices.

“We said how can we take Apple’s brilliance at the premier end of the market and translate it to a market that Apple has no interest to participate in… which is a very different price point…but yet there are a lot of young people who just don’t have the budget to be able to buy a smartphone at a higher price,” Sculley adds.

The brand has big plans for the Middle East, and Sculley affirms they are here to stay. “We’ve initially invested $20 million and we’re prepared to invest more, and the early indications are that this is a place where we went to spend more and more investment money.”

CALL FROM THE WEST

Another smartphone manufacturer that decided to jump onto the Middle East’s fast-growing smartphone bandwagon is French firm Wiko.

Launched in 2011, Wiko, which also targets young, cash-starved mobile users and those seeking value for money, has seen its presence in its home market grow significantly – it currently claims to have the second largest market share for smartphones in France.

The company has also now expanded to about 20 countries, and says that it is Europe’s fastest growing smartphone manufacturer.

Launching Wiko in the UAE, David Garcia, international business development director, says, “The UAE is an ideal place for us to enter because of the fast growing smartphone market and the demographic of the country.”

Wiko unveiled a portfolio of eight new models in the UAE, priced from Dhs399 up to Dhs1,399 for the flagship Highway model.

Garcia asserts that the UAE’s crowded smartphone market has the capacity to accommodate new players.

“There are many brands arriving in this market, but there is space,” he says. “I’m not saying we are going to fight with Samsung to take away its market share, but I’m saying there is space for everybody as long as you spread the right emotion to the consumer. They have to feel that it is trustworthy; they should feel proud about buying the brand.”

Aiming for an ambitious 10 per cent market share in the UAE within 12 months of launching in the country, Garcia is confident Wiko can win over local consumers.

“We are a brand manufacturer, so we can react according to the market very quickly. We also have a very strong after-sales policy and we offer European standard high-quality products.”

     The company has also set up a local unit in the UAE and will invest heavily in marketing the brand, he claims. While he doesn’t disclose actual figures, he stresses that it is a significant amount.

AND FROM THE EAST

The third phone maker that decided to test the waters of the Middle East last month was Indian company XOLO, which launched its affordable line in the UAE in collaboration with Jumbo.

With a target of 150,000 unit sales, XOLO introduced six smartphones and four tablets in the local market, priced from Dhs400 to Dhs1,100, depending on processor speed, RAM and camera capabilities.

XOLO, which began operations at the beginning of 2012, now sells 30 million devices a year, according to Vishal Sehgal, co-founder and director of LAVA International, XOLO’s parent company.

“Our growth in India is attributed to the relentless effort of creating superior experiences for consumers who seek more from their devices, and we believe that we will be able to replicate the growth in this region as well,” he says.

The launch of these international players is bound to have a major impact on the smartphone market in the UAE over the longer term, according to one expert.

“Although neither one of them by themselves is expected to particularly shake the market, it is the combined effect of all these brands put together that will change the market dynamics greatly in the coming years, as it already has in just this past year,” explains Nabila Popal, research manager, IDC Middle East, Africa & Turkey.

“You can see a huge growth in new brands and low-mid priced smart phones in the UAE, as well as in all of Middle East and Africa.”

A recent Nielson report pegged the overall smartphone penetration in the UAE at 78 per cent, with 81 per cent of mobile owners aged between 16-34 now owning smartphones.

A second quarter report from IDC also found that the largest year-on-year handset shipment growth in the Middle East came from Qatar and the UAE, with respective growth of 32 and 27 per cent.

The report attributed the rise to increased consumer demand stemming from economic growth and tourism.

The smartphone share in the UAE is expected to grow to almost 90 per cent, of all devices by the end of 2016, as more feature phone users make the switch and new consumers enter the market.

“In addition to other factors such as better data plans and subsidised packages of flagship devices by operators in the UAE, it is primarily these new low cost smartphone players that have really contributed to the growth of the smartphone segment,” elaborates Popal.

Growth in the mid-range segment is also what prompted UAE retailer Jumbo to enter partnerships with brands such as Obi and XOLO, says Vishesh Bhatia, CEO of Jumbo Electronics.

“I think primarily we’re seeing the Chinese come into the market, because they’ve got such large domestic markets they are now stepping out and testing the water at the budget end.

“Given the fluidity of these brands, they come and go. We’re not quite sure which ones will actually work, and so we’ve picked a few, some out of China and some out of India and we’ll see how they perform.”

SURVIVAL OF THE FITTEST

However, it’s not just the new players that are buoying the sector; the market is also seeing established players explore the segment, with brands such as Microsoft Devices (erstwhile Nokia), Samsung, Huawei and Lenovo producing a range of affordable devices.

So can everyone survive?

Accessibility, availability, channel presence and key partnerships will be the factors that will help brands, especially the new entrants, survive and succeed, Popal argues.

“Every brand is trying to market and capitalise on its own USP – whether it’s the name of its co-founder as in the case of Obi phones, or a small unique feature such as customisable icons in XOLO.

“Although they are using these things to differentiate themselves, it is really the fact that they are a budget priced smartphone with almost all the features of a high end flagship device, without the brand name, that will drive the growth of this segment – not really their ‘unique’ features,” she opines.

Popal expects, all the new players to “more or less” continue to be present, but it remains to be seen which will dominate.

    “So it will be interesting to see which one of these new players grow to capture a significant share of the growing smartphone market on its own,” she adds.