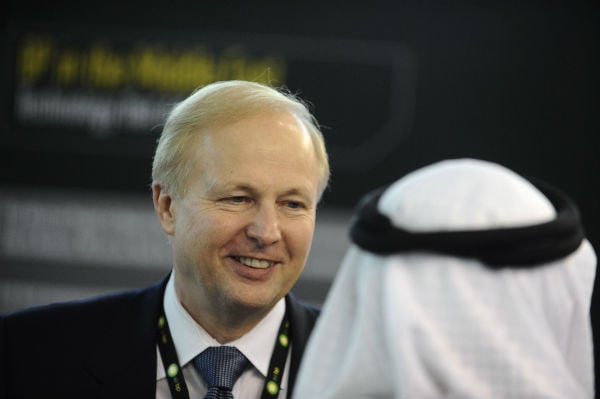 The oil market is in good shape and the Kingdom is happy with the current price, says Saudi Arabia’s oil minister Ali Al-Naimi.

Al-Naimi was speaking to reporters on the sidelines of ADIPEC – Abu Dhabi International Petroleum Exhibition and Conference, the largest event for the industry in the Middle East.

“The question is how is the world economy doing now; is it doing better than it was doing in March? Yes it is. So it is a good price. The market really is in good shape. We are very happy with the situation in the market,” Al-Naimi said. Brent price settled at $109.40 a barrel on Friday.

Al-Naimi told reporters the Kingdom pumped 9.7 million bpd of oil in October but warned non-conventional fuel options such as shale oil, wind, ethanol, solar and nuclear energy may all put pressure on demand for fossil fuels next year.

Last week OPEC reported for the first time that with new technology for extracting oils and gas from shale, the global supply picture is changing significantly and said demand for crude would rise more slowly.

Commenting on the global economy, Al-Naimi said: “I’m an optimist, the (global) economy will heal.”

BP hopes to hear soon whether it can finally participate in the bidding process to develop Abu Dhabi’s largest onshore oil fields, the company’s chief executive, Bob Dudley, has said.

BP had previously been shut out from pre-qualification for the process.

“I’m positive about it … I’m optimistic that cooperation will go on for a long time,” Dudley said at the event.

He added that British Prime Minister David Cameron’s visit to the region last week played a constructive role in promoting British business in the region and that he hoped to hear about the concessions up for renewal in “the next week or so”.

Abu Dhabi National Oil Co (ADNOC) will present its recommendation to the Supreme Petroleum Council of Abu Dhabi by early next year and will not change the current structure of its oil and gas concessions in the UAE, said its director general.

Abdulla Nasser Al Suwaidi said: “It is our recomendation to have the same format but this will be submitted to the SPC and they can decide if they want to change.”