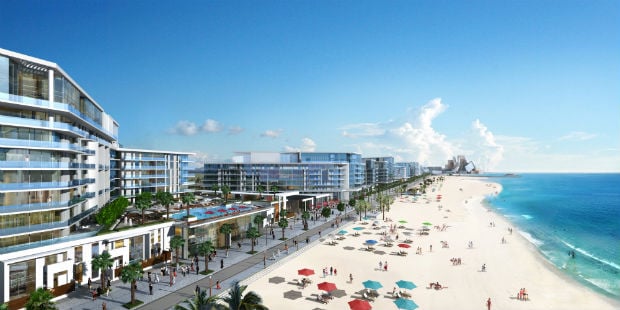 The development will feature nine low-rise residential buildings including apartments and townhouses and will be in five clusters that are 250 metres long each.

The unit sizes in Mamsha Al Saadiyat will range from one to four-bedrooms to lofts and penthouses, with a gross floor area of between 106 to 454 square metres. All buildings will feature ground-level retail offerings and pool terraces, TDIC said in a statement.

The project, which will be developed in phases, will also comprise a serviced-apartment building and a retail village offering approximately 5,000 square metres of leasable area, for both retail and dining outlets.

Residents in the development will be able to use various health clubs, have direct access to the beach along with pedestrian and cycling lanes. Mamsha Al Saadiyat will also consist of a park that will be located at the western end of the beachfront walk, overlooking Guggenheim Abu Dhabi.

“Given its unique location neighbouring world-class museums in addition to being a beachfront development, we strongly believe that Mamsha Al Saadiyat sets itself apart from other residential developments in the region,” said Ahmed Al Fahim, executive director of marketing, communications, sales and leasing.

“It is truly a one-of-a-kind investment opportunity and will surely attract investors locally and from around the world.”

Residential house prices in Abu Dhabi grew seven per cent during the second quarter of this year, bringing the average increase during H1 2014 to 17 per cent, according to a JLL report.