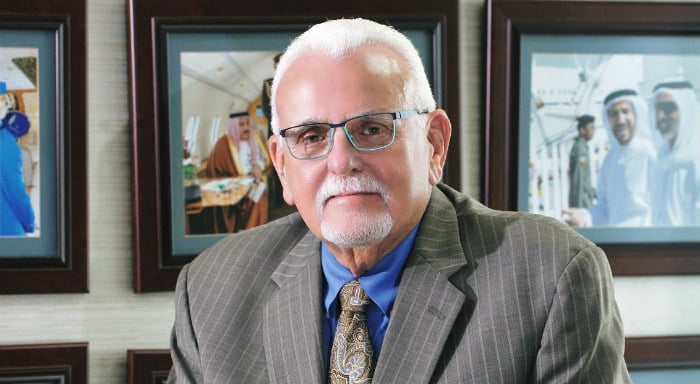 He will be replaced by Captain Patrick Gordon, as chief executive and acting president, a statement said.

O’Hare, who was appointed in June 2007, helped the company post profits consecutively for the past eight years, Royal Jet said. It did not specify the reason for his departure.

Gordon, who takes over the new role, has been serving as advisor to the company’s chairman, Sheikh Hamdan Bin Mubarak Al Nahyan, for the past 15 years.

He has previously served managerial and advisory posts in aviation operations, training and safety in UAE, Saudi Arabia and the US and is an airline transport pilot in airplanes and helicopters, the statement said.

Royal Jet, jointly owned by Abu Dhabi Aviation – a publicly listed company on the Abu Dhabi Stock Exchange, and the Presidential Flight Authority, has a fleet of six Boeing Business Jets, which makes it the world’s largest BBJ operator.