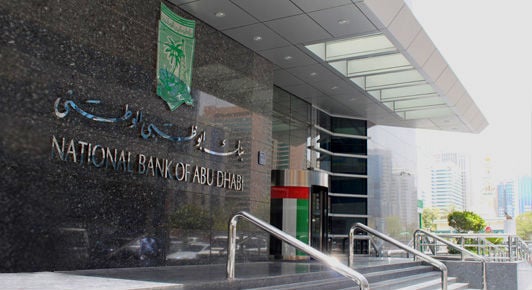 The lender attributed the growth in profit to higher investment and interest income.

Operating income in 2012 increased by 10 per cent to Dh8.67 billion, while net interest income and net income from Islamic financing grew 5.1 per cent to reach Dhs6.09 billion.

Non-interest income also rose 23.9 per cent to Dhs2.57 billion, mainly driven by an increase of Dhs444 million in investment income over 2011.

Total investment gains of Dhs537 million “reflect improvement in the financial markets as well as successful hedging strategies,” the bank said in the statement.

Operating expenses for the year ended 2012 were Dhs2.87 billion, up 11.9 per cent compared with the corresponding period.

“We also continued to expand our international presence by opening offices in China and Malaysia, and we have set a target of expanding internationally from 14 countries to 41 countries by 2022,” he said.

“Our capital and liquidity positions remain pillars of strength, and we are very confident in our ability to comply with all upcoming changes in the regulatory framework,” Tomalin added.

The bank said it is fully compliant with the UAE central bank’s requirement of 1.5 per cent for collective provisions, ahead of the effective date (year end 2014).

Nasser Alsowaidi, chairman of NBAD, said: “In 2012, we repaid a significant portion of the Ministry of Finance notes and also issued the first ever issuance of a subordinated debt by a non-Malaysian financial institution in Malaysia. These actions serve as a testament to both the success of our global business model and the strength of our balance sheet.”

The bank’s 15-year 500 million Malaysian ringgit Sukuk, issued in November 2012, was its third in the Malaysian currency.