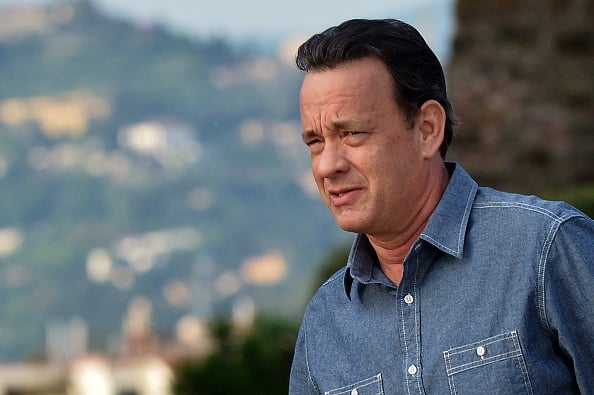 Abu Dhabi’s film and television arm, Image Nation, announced that it has signed a deal to fully finance upcoming Hollywood film, The Circle.

The movie, based on Dave Eggers’ novel The Circle, has been written and will be directed by James Ponsoldt.

The film is being produced by Tom Hanks (who is also starring in it) and Gary Goetzman for Playtone, Anthony Bregman for Likely Story, and Ponsoldt.

The story focuses on a young woman who is hired for a big job in an internet monopoly called the Circle, which links users’ personal emails, social media, banking, and purchasing with their universal operating system, resulting in one online identity.

The thriller highlights the perils in a digital age where personal data is collected, sifted and monetised and used for surveillance, rendering privacy obsolete.

Alicia Vikander will star alongside Hanks and three other major roles are currently out to casting and will be announced shortly, a statement said.

Shooting on The Circle will start August 2015 in California.

Michael Garin, CEO of Image Nation said: “The Circle is a fantastic modern day thriller that shines a light on the role of the internet and our own identities in a world of increasing transparency and privacy issues.

“Image Nation’s international projects have helped subsidise and build our local industry here in Abu Dhabi and the region, while creating opportunities for our local talent to work on large scale international productions and this film will help continue that effort.”

The film will be presented by Image Nation in association with Parkes MacDonald Productions.

The two companies are also partnered on the upcoming feature documentary He Named Me Malala, directed by Academy Award-winner Davis Guggenheim, which will be released worldwide in 2015.

The film is a portrayal of Nobel Peace Prize winner Malala Yousafzai, who was wounded when Taliban gunmen opened fire on her and her friends’ school bus in Pakistan’s Swat Valley.

Walter Parkes of Parkes Macdonald said: “When we heard a filmmaker of James Ponsoldt’s stature was looking for financing partners for The Circle, we felt that our relationship with Image Nation put us in a unique position to help make this extraordinary project a reality.”

IM Global are handling international sales on the film and will be repping it at this year’s Cannes Film Festival. US rights are being jointly repped by UTA Independent Film Group and CAA.

Image Nation has been ramping up its film and TV production output over the last year and recently wrapped its feature film Zinzana from Emirati director, Majid Al Ansari.

The film is set to release in the UAE this fall.

The company’s documentary list also includes Every Last Child, directed by filmmaker Tom Roberts, which follows the lives of five people caught up in the current polio crisis in Pakistan. It will be released in the US on June 3.