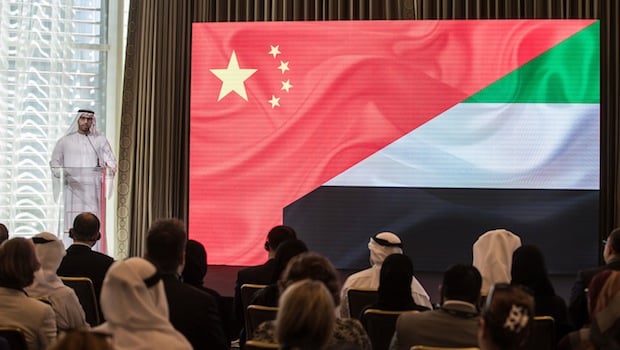 The Culture China – Image Nation Content fund will invest in commercial films and television programmes from Hollywood, China and other countries worldwide, a statement said.

The seven-year fund has an initial capital base of $100m, equally committed by Image Nation and CICC.

It will also seek other China-based partners in return for limited partnership interests.

The fund will be co-managed by Image Nation and CICC. Image Nation has also hired an advisor to the fund, based in Los Angeles.

Michael Garin, CEO of Image Nation, said: “Image Nation and CICC are complementary entities and our combined expertise will help us further our commitments to building the film and TV industries in our respective countries.”

The project is being carried out in accordance with China’s One Belt One Road initiative, which seeks out stronger economic and cultural ties between China and the Arab World.

The first initiative will be the launch of a weekly factual entertainment series titled USILK, which will start airing in January 2017.

Going forward, the collaboration will expand to include co-produced original content, the statement said.

Under the partnership, CCIC and Image Nation will also train and develop up-and-coming media talent in both the UAE and China.

The programme will begin with the two companies sharing internal resources and will later expand to include opportunities for internships, mentoring and technical training.

Image Nation has been focussed on developing the local media and film industry.

In September, the company said it would begin production on three new feature films in the final quarter of this year.

All three films will be shot on location in the UAE and Oman, it added.

Abu Dhabi – and the wider UAE – has been focusing on growing its media industry in the past few years as part of its diversification away from an oil economy.

In recent years, the UAE capital has served as a backdrop for Hollywood movies such as Star Wars: Episode VII and Fast & Furious 7, Bollywood films such as Dishoom and Bang Bang, and TV shows such as The Bold and the Beautiful and The BBC’s Top Gear.

Also read: Abu Dhabi: A Star In The Making?