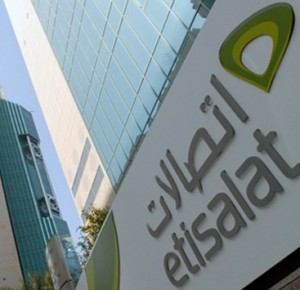 United Arab Emirates telecommunications operator Etisalat said on Wednesday that its Egyptian business was considering a listing on the Egyptian stock exchange, but no decision had been taken yet.

Local media reports had said earlier this week that Etisalat Misr was considering a listing. Bloomberg reported the planned share sale would be worth $500 million, quoting unnamed sources.

“No decision has been taken yet regarding the IPO (listing) as the subject is still under review by Etisalat Misr’s board and it is subject to approval by the company’s shareholders including Etisalat,” the parent said in a statement to Abu Dhabi’s bourse.

A successful sale would give a further boost to the Egyptian stock market, which has risen by about 32.8 per cent this year, recovering from a slump in the last few years. The downturn followed the popular uprising that ousted President Hosni Mubarak in 2011, sending the country into turmoil and deterring foreign investors.

But activity has picked up this year. In May, Arabian Cement Co listed on Cairo’s bourse and was 18.5 times over-subscribed, making it the first major listing in Egypt since the uprising.

Etisalat, which has operations in 15 countries in the Middle East, Asia and Africa, has a 53 percent stake in Maroc Telecom , which it bought for 4.14 billion euros.

It also sold $4.3 billion worth of bonds in June, setting one record as the region’s biggest corporate issue ever.