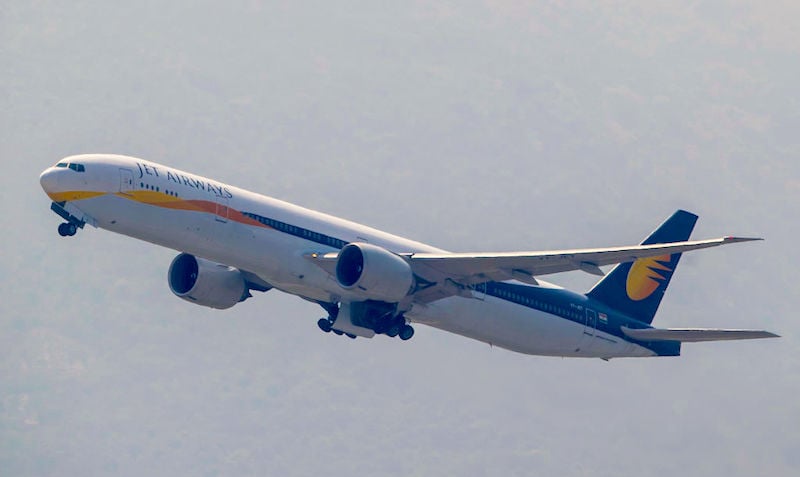 Etihad Airways has offered to pick up shares of debt-laden Indian carrier Jet Airways Ltd at a 49 per cent discount and to immediately release $35m after certain conditions are met, CNBC-TV18 reported on Wednesday.

Shares of Jet Airways, in which Etihad already owns a 24 per cent stake, tumbled as much as 7.5 per cent to 271.75 rupees ($3.83) in their biggest intraday drop since early December.

The Abu Dhabi carrier has offered 150 rupees for each Jet share, CNBC-TV18 said, citing a letter from Etihad’s CEO.

Tony Douglas has written to the State Bank of India (SBI), Jet’s biggest lender, on the restructuring plan for the Indian airline, the report added.

The 25-year-old Indian airline has been roiled by financial difficulties, racking up a pile of dues to pilots, lessors and vendors, at a time when intense pricing competition, a weak rupee and rising fuel costs are weighing on the broader airline sector in the country.

Jet will not be able to continue funding operations beyond the next week and Etihad is willing to inject $35m if some conditions are met, the CNBC-TV18 report cited Douglas as saying in his letter.

Jet and Etihad representatives are due to meet in Mumbai with lenders, led by SBI, on Wednesday to discuss the restructuring proposal that involves Etihad increasing its stake, a source with knowledge of the matter told Reuters on condition of anonymity.

Etihad wants Jet’s founder and chairman, 69-year-old Naresh Goyal to step down from the board and his stake to be slashed to 22 per cent from 51 per cent, according to CNBC-TV18.

Goyal’s penchant for control, according to people who have worked with him, has emerged as a major obstacle as the airline tries to negotiate a rescue deal, Reuters reported last month.

Etihad is also seeking an exemption from the market regulator on preference pricing and open offer guidelines to invest more for the bailout, the report added.

Under India’s capital markets regulations, Etihad is required to make an open offer to shareholders for a majority of the shares once its stake goes past 25 per cent, unless it obtains a rare exemption from the market regulator.

India Ministry of Civil Aviation secretary R N Choubey on Wednesday told reporters that the aviation ministry had not yet received an official request from Jet and Etihad for an exemption from an open offer.

Jet and Etihad were not immediately available for comment.