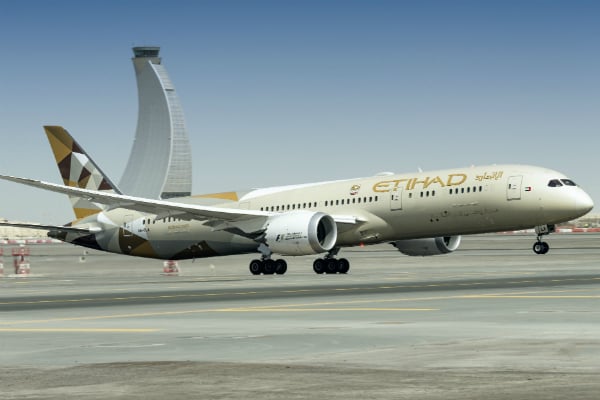 An Etihad flight bound for the United States was diverted on Monday after reports of smoke in the cabin that allegedly came from a passenger’s tablet.

Etihad Airways flight EY131 – bound for Washington DC from Abu Dhabi – was diverted to the Irish capital of Dublin after smoke was reportedly observed coming from a passenger’s tablet computer. The plane landed safely, and no-one was hurt.

The specific type of tablet allegedly emanating smoke is unknown.

News of the diversion allegedly caused by a smoking tablet comes as Etihad and numerous other carriers have taken measures to restrict or ban certain MacBook Pro tablets amid fears the batteries could overheat and start afire.

Apple previously issued a recall of 15-inch MacBook Pro laptops that were sold between September 2015 and February 2017 over concerns the batteries could overheat and start a fire.

According to Apple, the laptops are perfectly safe once the batteries are replaced with new ones – which the company has said it will do for free.

In an announcement posted to its website, Dubai-based Emirates said it has banned the recalled MacBooks entirely unless it can be proven their defective batteries have been replaced with new, safer ones.

“Therefore, as a safety precaution, travellers will not be permitted to carry these MacBook Pro models as checked or carry-on baggage on Emirates flights unless the battery has been replaced,” reads the notice in part.

A similar notice was posted by flydubai on September 8. Like Emirates, the carrier has forbidden recalled MacBook Pros from being taken on planes unless the battery has been replaced.

Etihad and Oman Air have banned the MacBooks from coming aboard flights as checked luggage. However, the MacBook Pros may still be brought on-board as carry-on luggage provided they remain off for the duration of the flight.

In Australia, national carrier Qantas has stated the recalled MacBooks must be carried in the cabin and remain off, while Virgin Australia has banned Apple laptops from checked-in luggage entirely. Singapore Airlines and Thai Airways have also banned the recalled laptops from being taken aboard.