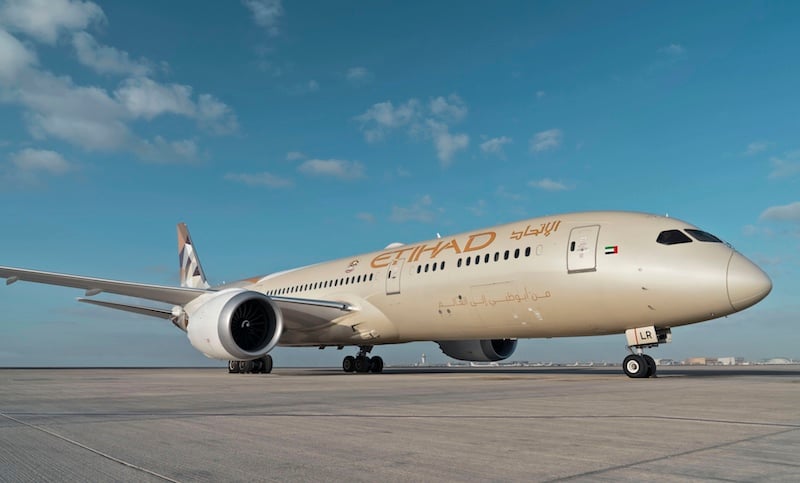 Abu Dhabi-based Etihad Airways will deploy its Boeing Dreamliner jets to Rome and Frankfurt later this year, it announced on Sunday.

From June 1, the airline will introduce its new two-class Boeing 787-10 on its scheduled daily morning service from Abu Dhabi to Rome, complementing the second overnight 777-300ER departure.

Flight EY 83 will depart from Abu Dhabi at 8.50am, landing in Rome at 1pm, while the return flight EY 84 will leave from the Italian capital at 10pm, and arrive in the UAE capital at 6.05pm the next day.

From July 1, Etihad will deploy the Boeing 787-9 Dreamliner on its two daily services to Frankfurt.

The two-class aircraft has 299 seats including 28 business and 271 economy seats.

The second daily flight EY 7 will leave the UAE capital at 9.35am and land in Frankfurt at 2.20pm, with the return flight EY 8 departing at 9.45pm and arriving in Abu Dhabi at 6am the next day.

The Dreamliners deployed on both the routes include food and beverage managers in business class and a flying nanny in economy class to provide extra care for families with young children.

“The introduction of more state-of-the-art 787s to our fleet is allowing us to further enhance the inflight experience.”

Last month, Etihad announced that it will deploy the Boeing 787-9 Dreamliner on all its services to China.