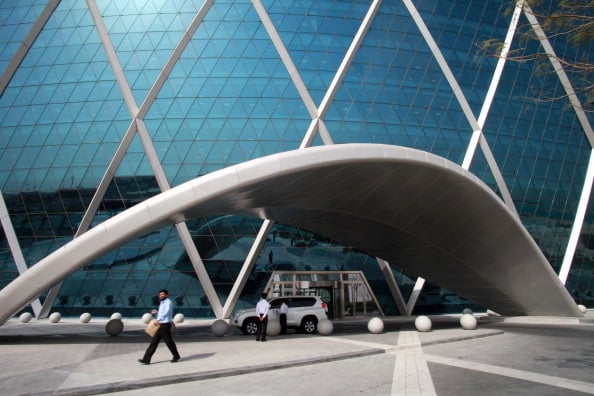 Abu Dhabi’s largest developer Aldar Properties reported a 5 per cent rise in first-quarter profit on Tuesday, beating analysts’ forecasts but mostly due to revenue from a stake sale.

The property market in United Arab Emirates remains under pressure as a slowing economy in the last two years has depressed values and rentals, but Aldar said it was optimistic about sales of properties under development.

“We continue to see an active and healthy off-plan market,” Greg Fewer, Aldar’s chief financial officer, said on a media call, adding that the recent acquisition of some assets in Abu Dhabi would add to the company’s earnings.

Off-plan market refers to the sale of a property before construction has been completed.

Still, Aldar’s revenues in the first quarter were virtually flat at Dhs1.50bn versus Dhs1.58bn a year ago, but gains of Dhs30.3m from the disposal of a local district cooling joint venture lifted its attributable net profit to Dhs669m ($182.2m) in the three months ending March 31, 2018.

SICO Bahrain and EFG Hermes forecast that Aldar, developer of Abu Dhabi’s Formula One circuit, would make a net profit of Dhs593.28m and Dhs602.53m respectively.

Property consultancy JLL said in its first quarter report that prices for prime villas in Abu Dhabi declined 14 per cent from a year earlier and prices for apartments dropped 10 per cent year-on-year.

Deteriorating sentiment and lower transaction volumes have driven these falls with average prices expected to fall further in 2018, it said.

Aldar has a capital expenditure programme of Dhs5.4bn for the next two years and could increase this, it said earlier this year. The company is also on track to “successfully” refinance its dollar sukuk due in December, Fewer said.