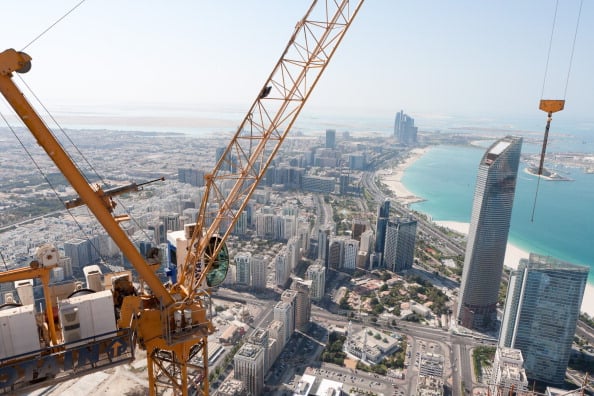 The builder of Abu Dhabi’s Formula One race circuit made a quarterly profit of Dhs506 million ($138 million), up 168 per cent from Dhs189 million a year earlier, it said.

The results were roughly in line with the forecasts of analysts surveyed by Reuters, who had on average predicted a profit of Dhs511 million for the period.

Revenue for the second quarter was Dhs2.19 billion, up 74 per cent year-on-year, the company said.

Aldar, which is majority-owned by the Abu Dhabi government, was one of the biggest casualties of a crash in the emirate’s real estate market and was rescued by a $10 billion state bailout in 2010.

The developer’s gross debt has since been reduced to Dhs10 billion from Dhs14.2 billion, Aldar’s chief financial officer Greg Fewer said in a conference call after the results announcement.

“At this point our business is fully funded but we are constantly monitoring the market to optimise financing,” he said when asked if there were any plans to raise new financing.

Earlier this year the company replaced Dhs1.6 billion of existing bank loans with new loans at lower costs. Aldar also repaid a US$1.25 billion bond due in May 2014 using internally generated cash, the statement said.

Aldar, which appointed a new chief executive in July, announced three new projects in Abu Dhabi in April worth about Dhs5 billion.

Shares of Aldar were down 3.2 per cent in early trade on Sunday, as the Abu Dhabi bourse slipped 0.3 per cent. The stock is up 36.6 per cent this year.