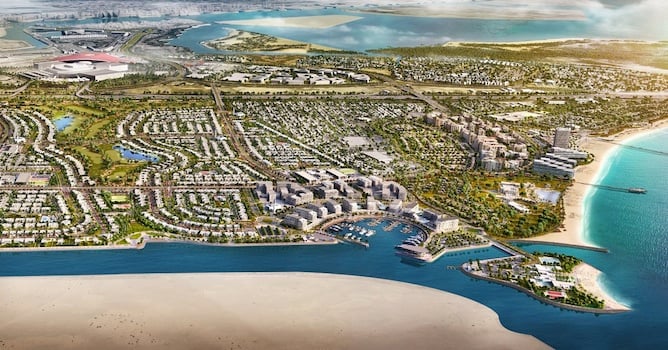 The company has appointed Trojan General Contracting as the main contractor for the first three precincts of the project, it said in a statement.

Trojan General Contracting will mobilise work on site immediately and will be responsible for the development of all the infrastructure, the 652 villas and townhouses, the golf course, golf club house, mosque, retail and community clubs.

The contract award follows the recent completion of the early works package, with Yas Acres completing 10 per cent of its construction.

The main package – valid over a period of 32 months – applies across all the three precincts launched so far.

Launched in April last year, the Dhs6bn project is located on the northern part of Yas Island and will add 1,315 villas to the emirate.

In June last year, Aldar said it sold out the first phase of the project, generating revenues of more than Dhs1bn.

Read more: Aldar says phase one of Yas Acres sold out for Dhs1bn

The developer aims to hand over the first homes in Yas Acres at the end of 2019.

Talal Al Dhiyebi, chief development officer, Aldar Properties, said the developer was focussed on the “timely completion” of the project and its delivery to customers.

“With the mobilisation of the contractors we expect to see highly visible progress as these precincts of villas and townhouses start construction.”