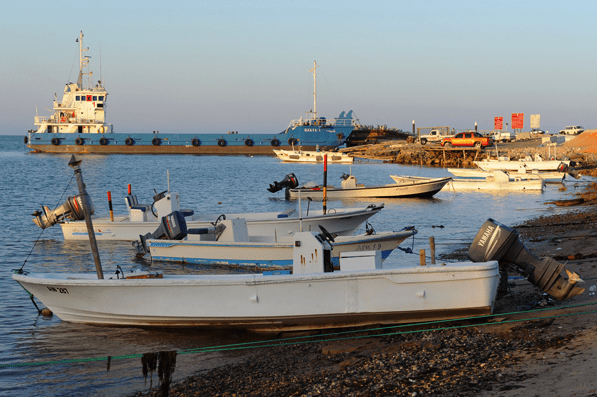 Abu Dhabi Ports Company (ADPC) has announced plans to invest Dhs17 million in Marfa Port, for the development of the port’s infrastructure and maritime leisure facilities.

The port, located at the north end of Marfa city in the Al Gharbia region, has been operational for many years, but infrastructure facilities have been limited.

The first phase of the new development will focus on the port’s facilities, installing floating pontoons for the fishing community and improving coastal protection.

The pontoons will provide 105 new berths and will allow the fishermen to keep their boats in the water instead of pulling them onto the land after each trip, a statement said.

Construction work is set to “begin shortly”, said ADPC, with the first phase scheduled for completion by February 2014.

The contract for the Marfa Port development work has been awarded to Majestic Marine Engineering.

Mohamed Al Shamisi, acting CEO, ADPC, said: “The Al Gharbia region has enormous potential as a tourism and leisure destination, and this investment will create new sustainable business opportunities, as well as helping to preserve the traditional culture and lifestyle of the fishing community at Marfa.”

The second phase of the new development will focus on landside infrastructure and new marina facilities, including a building for the fisherman’s association, a new fish-market and retail amenities such as a café, a restaurant and a small supermarket.

In a bid to promote Marfa as a watersports destination, ADPC is also landscaping the area and creating facilities such as a diving shop and a new public boat slipway, that will allow easier access for watersports such as kayaking, sea angling, kite surfing and windsurfing.

The second and final phase of the project is slated to begin in a few weeks, said ADPC.