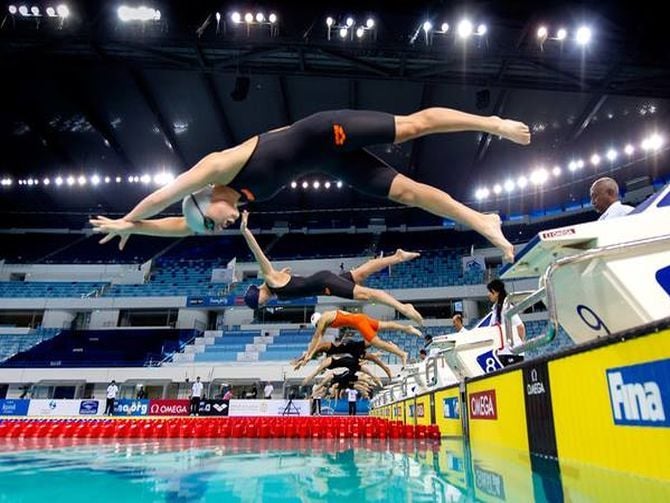 Abu Dhabi has won the rights to host the FINA short course World Swimming Championships in 2020, it was announced on Wednesday.

The UAE capital beat rivals Lima from Peru and Almaty from Kazakhstan to win the bid.

This is the third time that the championship is being held in the GCC – Dubai hosted the event in 2010 and Doha in 2014.

“We are very happy to return to the UAE, where the 2010 edition of these championships took place in Dubai, with an outstanding success,” FINA president Julio Maglione said.

“I am sure that Abu Dhabi will be also a memorable milestone for the FINA family.”

Taking place once every two years, the world swimming championships feature 44 races including 22 for men and 22 for women.

The 2020 edition, to be held in December, may attract more attention as it will take place months after the Tokyo Olympic Games.

The 2016 swimming championships will be held in Windsor – Canada, while Chinese city Hangzhou will host the 2018 edition.

GCC countries such as the UAE and Qatar have been investing heavily to develop sports infrastructure as they aggressively bid to host international tournaments and competitions.

Qatar won a controversial bid to host the 2022 FIFA World Cup, while earlier this year, the UAE was awarded the hosting rights for the FIFA World Club Cup in 2017 and 2018. The Emirates will also be hosting the AFC Asian Cup in 2019.