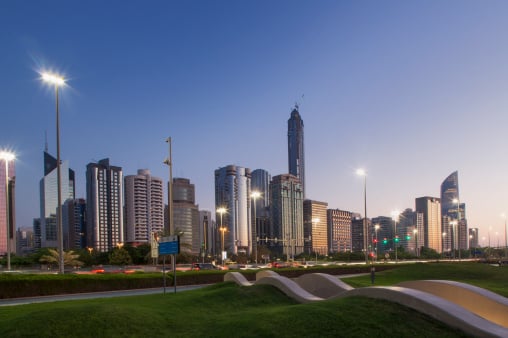 Five of those approved were master plan projects, with separated multiple buildings a road network and community facilities.

The other eight were detailed project plans, which can be both single building and multi building projects connected by a podium.

Residential space accounted for 70 per cent of the total area of the approved projects.

“These approved projects bring us closer to achieving the goals of Abu Dhabi Vision 2030. The Development Review team is very careful and deliberate in its evaluation of all project proposals; each one must adhere to our regulations and guidelines for planning Complete Sustainable Communities and take into account environmental, societal, cultural and economic factors, thereby ensuring that every new development is in line with the overall vision for the emirate,” said Mohamed Al Khadar, executive director of Development Review & Estidama, UPC.

Some of the largest approvals included Aldar Properties’ Al Raha Beach East Master Plan, a 20km mixed-use waterfront development being constructed adjacent to the E10 Highway close to Yas Island. The project is the first phase of the overall Al Raha Beach development, which will provde 3,000 apartments, townhouses and villas, as well as 50,000 square metres of office space.

Others included the further development of the Petroleum Institute by ADNOC on Abu Dhabi Mainland, including a male undergraduate centre, research centre, research park and residential blocks.

It also approved the Al Hai Al Tejari project in Al Gharbia, a mixed-use development in the centre of Ghayathi City comprising a town centre, office and retail space, residential apartments and a cinema.

They also included the new Institute of Applied Technology campus in Al Ain, comprising of a vocational high school and university for up to 2,400 Emirati students, and the extension of Khalifa University in Abu Dhabi, adding 135,000 square metres to the existing 34,500 square metre site, and providing capacity to serve a total of 3,000 students and 762 faculty and staff when completed.