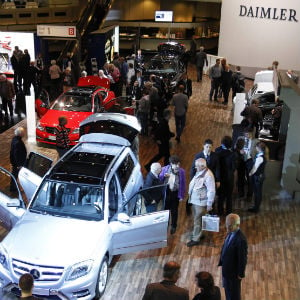 Abu Dhabi is to exit its investment in German carmaker Daimler as the oil-rich state curbs overseas investment deals among its funds, a German magazine reported on Thursday.

The Gulf state’s investment fund Aabar is currently discussing ways of disposing of its remaining stake after having cut its direct holding to three per cent from nine per cent, manager magazin reported, citing company sources.

Daimler and Aabar were not immediately available for comment.

Abu Dhabi, which accounts for more than half of the UAE’s economy, is reviewing its overseas investment portfolio as part of measures to instil more discipline in dealmaking among its investment firms.

State energy firm TAQA this month sold its seven per cent stake in Tesla Motors Inc, in which Daimler and Toyota also hold shares, cashing out from the US electric car maker’s steady stock rally.

Aabar became Daimler’s largest investor after buying a 9.1 per cent holding for 1.95 billion euros ($2.6 billion) in 2009. The German carmaker’s share price has since doubled, meaning the stake now has a market value of just over 4 billion euros.

Aabar holds 3.1 per cent of Daimler directly, while the rest of its holding comprises shares over which it has a right to redelivery.