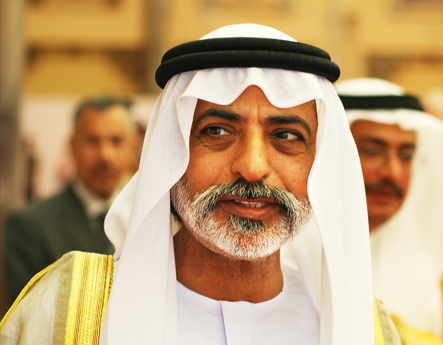 A member of Abu Dhabi’s royal family says he plans to spend $45 billion over up to 15 years on a real estate project in Karachi, touted in Pakistan as the country’s biggest ever foreign investment.

Sheikh Nahayan bin Mubarak al-Nahayan said the investment plans – which his business partner in Pakistan said on Friday included the tallest building in the world – were at a very early stage.

“We have signed an MoU but a lot of studies will still have to be done,” he told Reuters on Sunday on the sidelines of a defence industry exhibition in the United Arab Emirates capital.

Nahayan, who is also the UAE’s minister for higher education, gave no details of how he would finance such huge developments, beyond saying it could be done through loans or cash.

“It will be in phases. Every phase will be studied by itself… It depends on the situation when we decide to go ahead with the projects.”

A statement issued in Pakistan on Friday said the deal had the potential to transform the south of the country.

Karachi, the country’s commercial hub, is known for its violent crime, which claims about a dozen lives a day, the risk of being kidnapped and crumbling infrastructure.

The deal included plans to construct a miniature seven wonders of the world, the tallest building in the world, a sports city, an education and medical city, an international city and a media city, according to the press release.

Sheikh Nahayan said on Sunday that a final decision to build the world’s tallest tower had not been made, adding that developments would be mainly residential.

The tallest tower currently is the Burj Khalifa, built in Dubai at a cost of $1.5 billion.