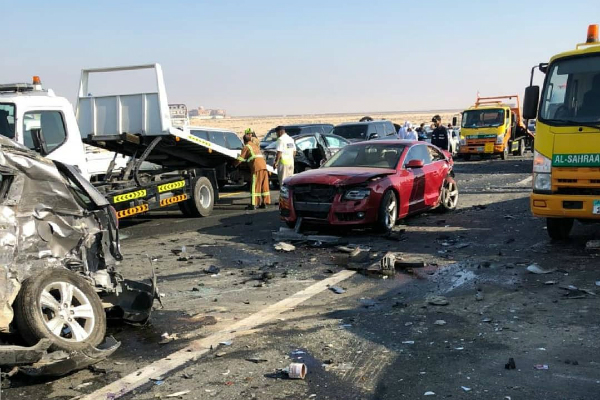 Motorists in Abu Dhabi have been warned to avoid stopping their vehicles and staring at traffic accidents on the road.

In a message on Twitter, Abu Dhabi Police reminded motorists that rubbernecking can result in a Dhs1,000 fine.

It said that nine people were injured in an accident in Al Ain due to rubbernecking.

The UAE introduced the Dhs1,000 fine for rubbernecking as part of its new traffic regulations that came into effect in July 2017.

Officials said at the time that motorists were being penalised for rubbernecking because it causes traffic congestion and delays police, ambulance, or civil defence from reaching the accident site on time.

• Window tinting: Up to 50 per cent tinting allowed. Fine for exceeding limit – Dhs1,500

• Accidents: Fine for stopping to observe an accident resulting in crowding – Dhs1,000 and six traffic points

• Alcohol: Fine for driving under the influence of alcohol – Dhs20,000 and/or jail time