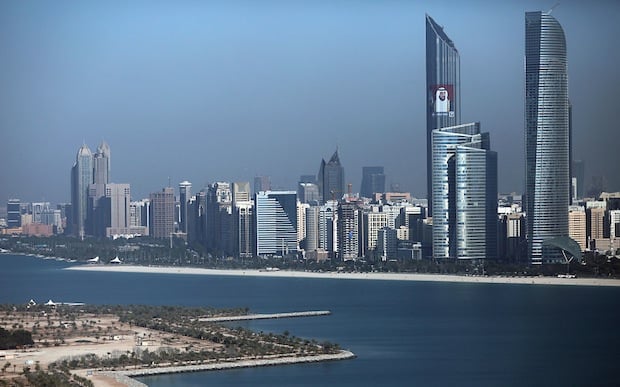 Abu Dhabi has been ranked the second best city in the world to live, visit and do business in the latest Ipsos Top Cities Index.

The UAE capital moved up two places in comparison to the last index in 2013 and overtook London (third) and Paris (fourth) in the process, with New York holding on to the top spot.

Sydney, Zurich, Tokyo, Rome, Los Angeles and Amsterdam completed the top 10, which was chosen from 60 cities through market research firm Ipsos MORI’s interviews with 18,000 people aged between 16 and 64 in 26 countries.

“New York and Abu Dhabi are unparalleled as centres for business but they score less strongly as a place to live or visit, whilst Paris tops the global list of tourism destinations but rates comparatively poorly as a business hub, failing to reach the top 10 on this measure,” Ipsos said.

“London and Tokyo have rounded profiles, scoring more evenly across the three dimensions, while Zurich and Sydney’s strength is derived from their high scores as top cities to live in.”

In the ranking, 21 per cent of people listed Abu Dhabi as a top city to do business, 2 per cent below New York. The UAE capital was also ranked highest among Generation X, Millenials and Generation Z and moved from seventh to third in the top destination to live list.

New york was ranked the most popular city to do business in, Paris the best city to visit and Zurich the top destination to live. 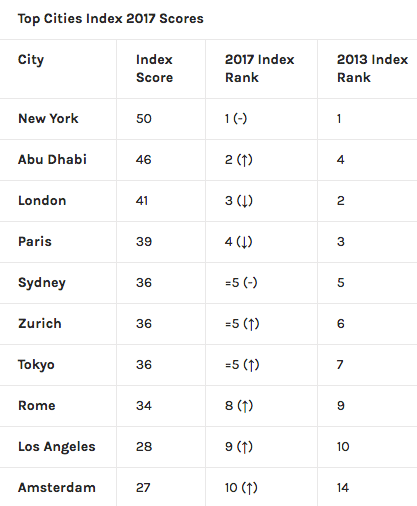 “The rise of Abu Dhabi in this global ranking is testament to the ongoing efforts to establish the emirate as not only a tourist destination of distinction, but a location that international communities want to work, live and do business in,” said Saif Saeed Ghobash, director general of the Abu Dhabi Tourism and Culture Authority.

“It’s distinct popularity among the younger generations highlight the need for global cities to diversify and innovate to sustain their position and strength as business and tourism hubs.”

He added that he was confident the city’s popularity would go from strength to strength due to the ongoing rise in tourism linked to UNESCO World Heritage Sites in Al Ain and the forthcoming opening of Louvre Abu Dhabi.

Abu Dhabi recorded nearly two million hotel guest arrivals from January to May, up 4 per cent compared to the same period in 2016.