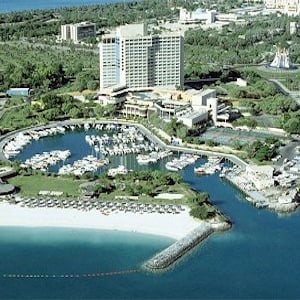 The addition of stock to Abu Dhabi’s already lethargic market has caused rental and capital values to falter.

Capital values of apartments have fallen 6.8 per cent since Q3 2011 and the villa market has fallen three per cent, said real estate agents Cluttons.

Approximately 3,000 residential units have been released into the market in Q3 2012, most of which represent apartment developments.

The release of an additional release of 38,000 units by 2014 will increase the competitiveness of the market and force landlords to offer lower rents and more flexible contact terms.

The take-up rate of projects such as TDIC’s St Regis apartments on Saadiyat Island has been high, highlighting demand for well-planned developments offering a community lifestyle with high-end facilities.

Cluttons said that 2013 industrial rents will remain stable across Abu Dhabi and that further opportunities and growth will result from the launch of KIZAD in Abu Dhabi Port.

Retail and office space prices will depend on the particular development; with tailored, well-serviced buildings maintaining their prices while others may stagnate or soften.

Office rental levels have remained static over the past 12 months, with net prime rents achieving AED 1,800 (USD 490) per square metre per annum. Headline rents remain higher but landlords are offering rent free incentives in the established Grade A developments of as much as 6-9 months for a five year lease. Etihad Towers and Sowwah Square are both leading in a still suppressed market.

Residential rental values are likely to soften further as a result of the huge increase of stock coming online in the next two years, said the property firm.