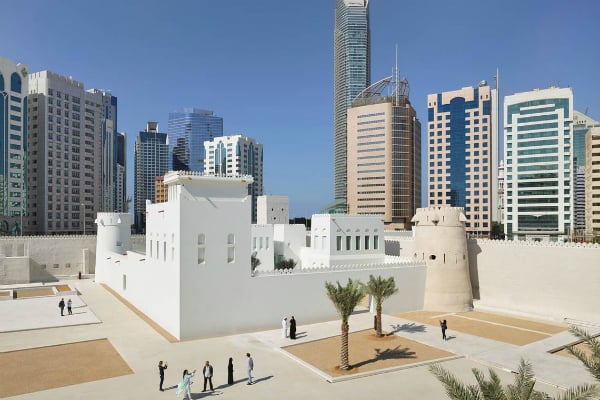 Abu Dhabi’s Department of Culture and Tourism has unveiled new details of its revamped cultural attraction Al Hosn as it prepares to open to the public.

Qasr Al Hosn is the oldest heritage site in Abu Dhabi city and features two buildings: The Inner Fort dating back to around 1795 and the Outer Palace, which was built in the 1940s. Over the past two centuries, it has been home to the ruling family, the seat of government, the consultative council and the national archives.

An official launch on Friday, December 7, will see the historic Qasr Al Hosn Fort, the National Consultative Council building, a newly renovated premises for the Cultural Foundation and the House of Artisans opened to the public.

The opening week programme will run from December 7-15 and include free tours, events and musical performances, as well as activities exploring Emirati history.

“At the Department of Culture and Tourism – Abu Dhabi, we are proud to re-introduce this cultural monument after it has been preserved, restored and renovated to become part of Al Hosn, an unparalleled cultural destination in the heart of the city,” said
It reflects the UAE’s ambitious vision, which is being consolidated by His Highness Sheikh Khalifa bin Zayed Al Nahyan, President of the UAE, that is to enhance the value of the people throughout its development, based on its history, heritage and culture as manifested in Al Hosn—a place which not only encapsulates the evolution of Abu Dhabi and its eventful and fascinating memory, but also sets our vision for our country’s creative future.” 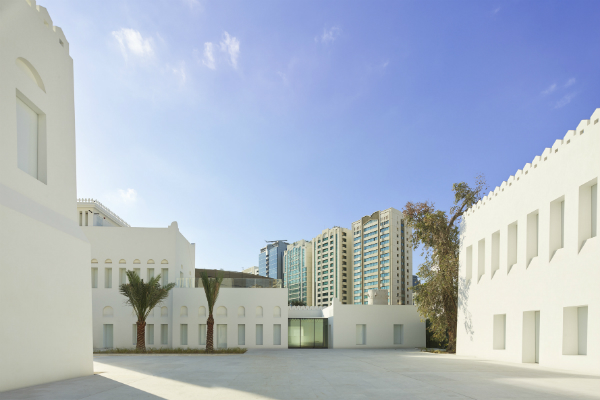 A new inner fort exhibition follows the history of the site and historic events that took place there through interactive displays, oral histories and original artefacts. Visitors can also explore the Outer Palace constructed by Sheikh Shakhbut bin Sultan Al Nahyan in the 1940s including his personal quarters and the Ruler’s Majlis.

The newly renovated Cultural Foundation will host exhibitions in its Visual Arts Centre including an inaugural display featuring 100 works of the building’s history for UAE artists. A phased reopening is planned from December 7. Additional phases will see a 900-seat theatre and Children’s Library added next year.

The House of Artisans is intended to safeguard the artistic relationship between the UAE’s people and its landscape and shared values associated with Emirati identity. It will display traditional crafts of the UAE and host workshops and training courses to help transfer skills such as Talli embroidery, rope-making and khoos weaving them to future generations.

The overall master plan is split into two areas focussing on the past and the present.

“On one side, the historic Qasr Al Hosn Fort has been reinstated in its original coastal desert, sand plain landscape, while on the other, a modern heritage area with a city grid layout has been created around the Cultural Foundation, celebrating Abu Dhabi’s urbanisation,” the tourism authority said.

“These concepts merge in the middle of the site, where structures such as the food and beverage establishments and the Musallah are inspired by the polygonal-patterned shapes of the dried salt flats, or Sabkha in Arabic, which surround Abu Dhabi between the coast and the inland desert.”

Other details include landscaping with indigenous vegetation from the Abu Dhabi desert and water features.

Entry to House of Artisans, the Cultural Foundation and the wider site is free but Dhs30 will be charged for Qasr Al Hosn and there are separate charges for specific workshops and events.

Entry to House of Artisans, the Cultural Foundation and the wider site is free but Dhs30 will be charged for Qasr Al Hosn and there are separate charges for specific workshops and events.