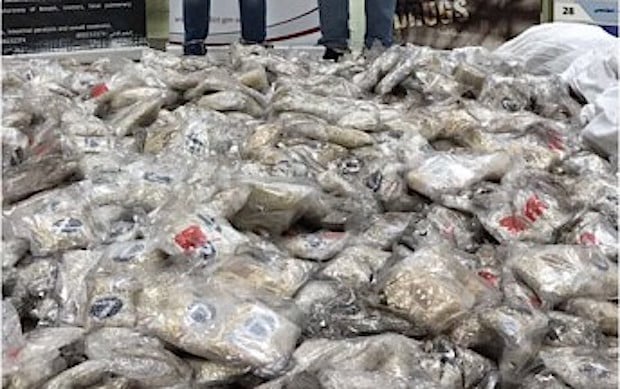 The suspects, both from Arab countries, were allegedly attempting to smuggle the drugs hidden under agricultural seeds, the report said.

Lieutenant Taher Gharib Al Dhaheri, director of the Police Anti-Narcotics Department, said that they had information about two suspicious persons who were plotting the trafficking and selling of captagon tablets.

The two individuals were monitored until further investigations confirmed their intention to distribute the narcotics.

“The department coordinated with the General Directorate for Drug Control at the Ministry of the Interior, where a team was formed, and a security plan was established, leading to the arrest of the two suspects with narcotic pills in their possession,” he said.

“Following the arrest and interrogation of the culprits, the location of the narcotic tablets was determined as hidden on a farm in one of the nation’s emirates.

“Legal measures were taken to raid the site, where the drugs were found hidden and then extracted from under a large amount of agricultural seedlings,” Al Dhaheri explained.

The UAE has very strict laws governing the smuggling and sale of narcotic drugs in the country.