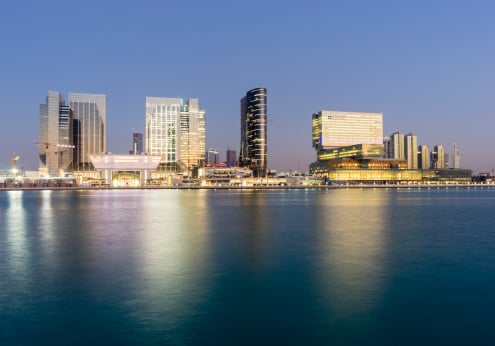 Around 834,771 guests checked into the capital city’s hotels and hotel apartments in Q1 2014, up 32 per cent from the same period last year.

Guest nights rose 22 per cent year-on-year to reach almost 2.6 million during this period with occupancy averaging 79 per cent, up from eight per cent last year.

“This all makes for excellent reading particularly when judged against the fact that the emirate’s accommodation inventory has grown significantly over the past year with a 10 per cent increase in room availability,” said Jasem Al Darmaki, deputy director general, TCA Abu Dhabi.

“Q1 is characterised as a particularly busy period for major events in Abu Dhabi both from the leisure and business perspective while increasing air access is bringing new markets within our reach.”

The emirate’s hotel supply has risen since Q1 2013 with the launch of 11 new hotels, TCA Abu Dhabi said in a statement.

The room stock stands at 26,811 compared to 24,416 in the corresponding period last year. However, increased competition in the market has held back the average room rate at Dhs455.

“We are focussing heavily on promoting the emirate’s expanding tourism portfolio in a bid to increase the average length of stay, which is now just over three nights,” said Al Darmaki.

Abu Dhabi has also been tapping into UAE’s large pool of domestic tourists with 260,755 Emiratis checking into the capital, up 29 per cent from the same period last year. They delivered 603,120 guest nights, up 30 per cent, staying 2.31 nights on average.

India remained Abu Dhabi’s top tourist source market, with 50,291 Indians checking in to the capital’s hotels in January, up 39 per cent from last year.

“We envisage greater throughput from India with the opening of Etihad Airways’ services from Jaipur to Abu Dhabi International and the additional exposure the emirate has gained within India by the staging of some of the IPL’s seventh season matches in Abu Dhabi.”

The UK continued to be the second largest overseas market, up 25 per cent year-on-year, with 49,720 Britons delivering 213,705 guest nights.

Abu Dhabi’s hotel sector has seen a surge of business from China during the first three months of this year. Chinese guest numbers touched 32,259, up 208 per cent, making the country the fourth largest tourist source market.

“We expect even bigger returns from China for April after the staging of part of the mega NU SKIN incentive in Abu Dhabi this month,” said Al Darmaki.

“During the NU SKIN incentive, around 6,000 of its guests stayed in 16 Abu Dhabi hotels and delivered 12,500 room nights, almost double that of all Chinese guest stays in April last year.

“We are conscious of the potential of the Chinese market, as are our stakeholders who are increasingly tailoring product for this segment. Our task now is to build both the number of arrivals from the People’s Republic and convince their travellers to stay longer,” he said.

Abu Dhabi has been aggressively stepping up its tourism promotion strategy in the last few years. The emirate has been steadily expanding its flag carrier Etihad’s network while investing significantly in infrastructure.