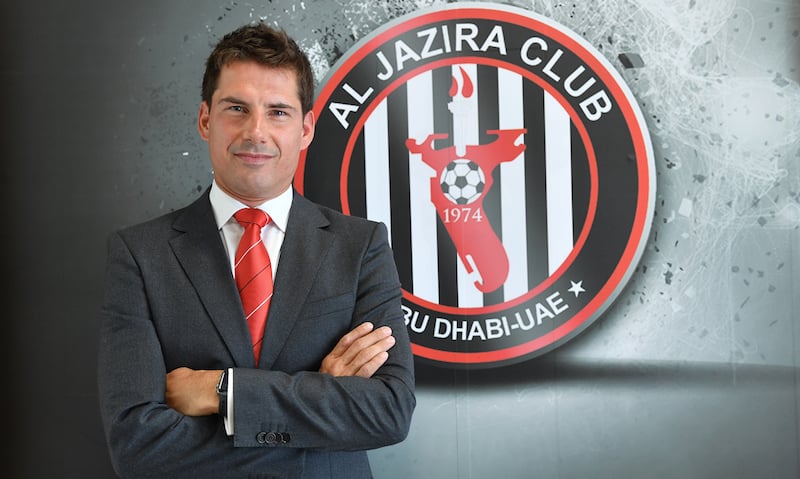 In his role, Garcia will oversee all club activities and report directly to the board executive committee of the Al Jazira Sports and Culture Club (JSCC), a statement said.

While the new CEO will oversee the wider group, Al Jazira Football Company board member and CEO Ayed Mabkhout Al Hajeri will continue in his role, a spokesperson clarified.

Garcia previously worked with Manchester City FC in the UK, and helped to execute the group commercial strategy through it’s transformation to City Football Group.

He also worked in Abu Dhabi for five years from 2008-2012 as part of sports marketing agency CSM Middle East.

Garcia said that the next phase of the club will focus on improving operational efficiencies, ensuring a sustainable financial position, smart investments, increasing the club’s revenues across its businesses and strengthening its overall brand.

Al Jazira has the “potential to become a best in class organisation both on and off the field of play”, he said.

Dr. Sultan Ahmed Al Jaber, vice-chairman of Al Jazira’s board and chairman of the executive committee added: “Our ability to achieve the strategic goals for the Al Jazira Club will depend largely on supporting our teams in their aspirations to achieve additional successes and championships.”