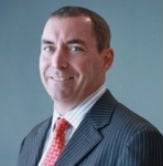 The chief financial officer of Abu Dhabi state-owned investment fund Tourism Development and Investment Company (TDIC) has left the company due to personal reasons, a company spokesman confirmed on Monday.

TDIC is most well-known for building versions of the Louvre and Guggenheim in the Gulf Arab emirate, as part of its mandate to develop cultural and tourism attractions.

Shaun O’Connor had been CFO of TDIC since June 2011 but left two months ago, a source aware of the matter had earlier told Reuters.

According to O’Connor’s LinkedIn page, he has been president of Real Capital Solutions since December 2014.

A new TDIC CFO has yet to be appointed and deputy finance head, Matt Matharu, is currently serving as acting CFO, the spokesman added.