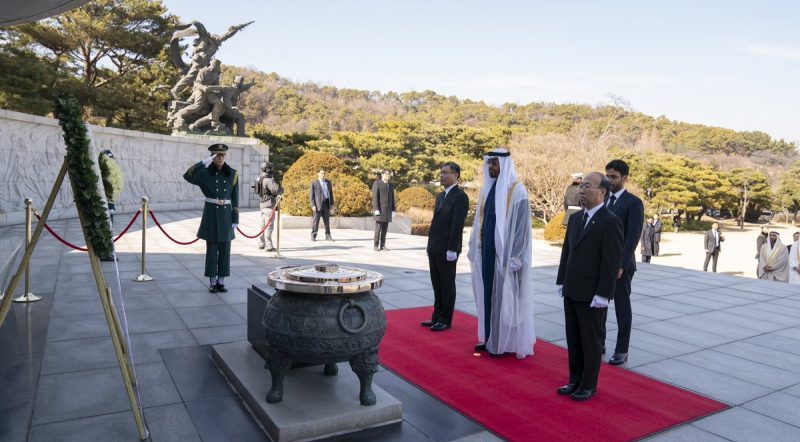 “I have arrived in South Korea, a country with which we have strong strategic ties. We look forward to opening new horizons of cooperation and forging constructive partnerships,” the official wrote on Twitter.

He began his trip by visiting the National Memorial of Seoul, a monument which recognises those who sacrificed themselves in the defence of the country.

I visited the Memorial Tower at the Seoul National Cemetery, a landmark which honours the sacrifices made by the Korean people which were instrumental in the country's breakthrough towards progress, success and leadership. pic.twitter.com/KCfRldO2ZQ

The two countries will also seek to strengthen cooperation in various fields such as 5G technology, information technology, security and defence, an official announcement by the South Korean President’s office said.

The official visit comes after Moon Jae-in made a four-day trip to the UAE in March 2018, when leaders from both the countries also marked the completion of the UAE’s first nuclear reactor.

A consortium of South Korean companies, headed by the Korea Electric Power Corporation (KEPCO), is currently building the $24.4bn Barakah power plant project in the UAE.