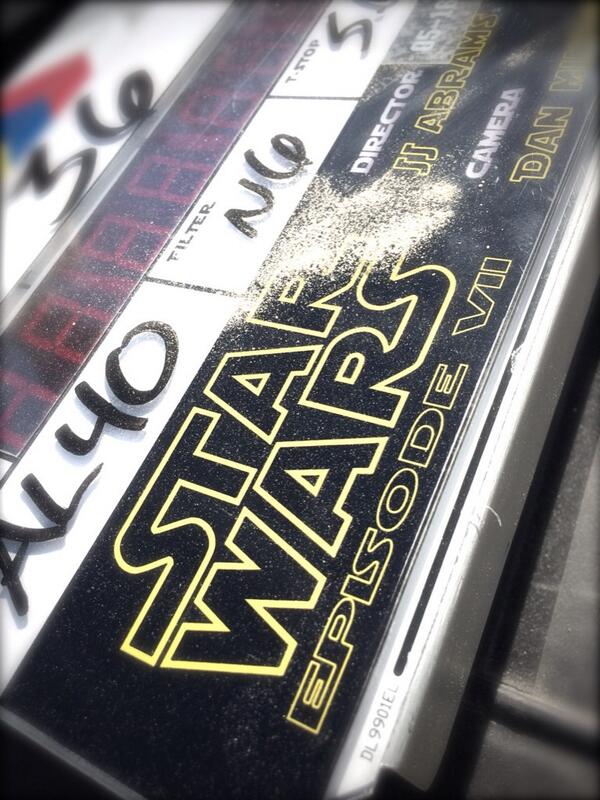 The much-anticipated film is the seventh installment of the epic global movie series, and is due to premiere in December 2015.

Director J.J. Abrams and cast flew to Abu Dhabi in early May, and “hundreds” of local and international cast and crew are currently working on the production, twofour54 said in a statement.

Key production staff have been working closely with twofour54 intaj since January, it added.

Rumours about the shoot had been circulating across the country over the last few weeks, but there was no official verification until now.

Kathleen Kennedy, president of Lucasfilm said: “We were very excited to start the filming of Star Wars: Episode VII in Abu Dhabi – it has been an incredible place to commence this journey.”

The filming is taking place in the emirate’s diverse desert landscapes, and is “going smoothly and on schedule” the statement said.

“We are delighted that Abu Dhabi has attracted another major international production and are thrilled to have welcomed the Star Wars team,” said Noura Al Kaabi, CEO for twofour54.

“Having Star Wars: Episode VII film in the emirate shows Abu Dhabi is emerging as the region’s leading media and entertainment hub.”

Six UAE nationals had the opportunity to work on set, through twofour54’s creative lab community internship programme. Two of the interns will also have the chance to follow the production to London’s Pinewood Studios.

“By exposing our local young talent to international productions and prominent directors, we look forward to developing their skills, and developing our next big director,” added Al Kaabi.

Abu Dhabi is striving to establish itself as a regional hub for international productions and in a bid to woo producers, the Abu Dhabi Film Commission currently offers a 30 per cent rebate on all qualifying spend in Abu Dhabi.

The UAE capital announced earlier this week that Hollywood action thriller Fast & Furious 7 and Bollywood film Bang Bang had completed filming in the city. It has also managed to attract other big ticket productions including Hollywood thriller Deliver us from Evil, Syrian production company Clacket’s The Brothers and the BBC’s Top Gear.