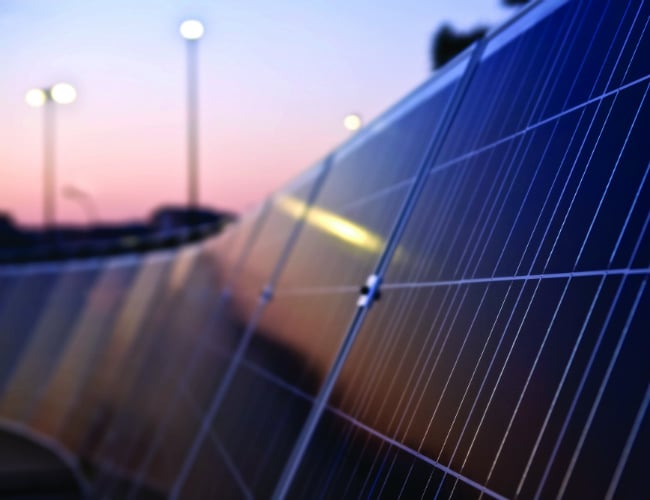 Abu Dhabi’s government-owned power utility has closed a Dhs3.2bn ($872m) financing package for what will be the world’s largest solar power plant, the utility’s top official said on Wednesday.

A consortium of Japan’s Marubeni Corp and China’s JinkoSolar Holding were selected this year to build and operate the 1,177 megawatt plant.

“The financing which is completed is a $650m project finance from local and international commercial banks,” al-Sayari said, adding that the 25-year loan is structured in a way that will allow refinancing after five years.

Bank of Tokyo Mitsubishi was the leading arranger of the loan along with three other Japanese banks – Sumitomo Mitsui Banking Corporation, Mitsubishi UFJ Trust and Norinchukin Bank.

The equity portion will be contributed by ADWEA and the project developers Marubeni and JinkoSolar.

Construction of the independent solar plant with a capacity of 1,177 megawatts will begin immediately with completion scheduled for the second quarter of 2019.

The project is ADWEA’S first foray into renewable energy. Abu Dhabi aims to generate 7 per cent of its energy from renewables by 2020; the government’s green energy firm Masdar has launched renewable energy projects including solar plants.

The winning bidders offered to provide electricity for 2.42 cents per kilowatt hour, one of the most competitive prices seen in the solar industry.

A special purpose company, Sweihan PV Power Company, has been formed to operate the project, located east of the city of Abu Dhabi, capital of the United Arab Emirates. ADWEA holds 60 percent of the company while Marubeni and JinkoSolar each hold 20 per cent.