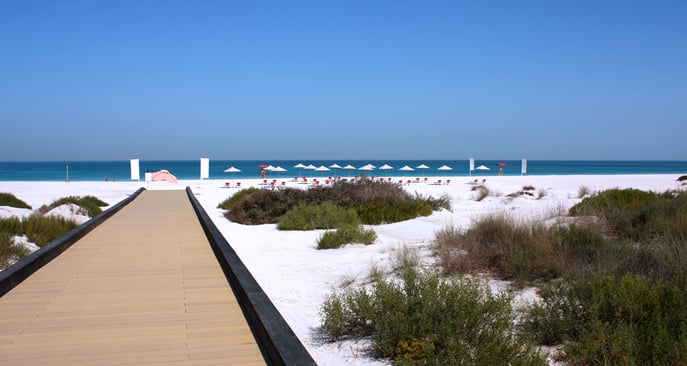 The beachfront marathon which was scheduled to take place in Abu Dhabi’s Saadiyat island on Sunday, March 3, has been postponed.

In a brief statement, the event’s organiser – the ministry of Climate Change and Environment – said that poor weather conditions, the event will not take place on Sunday.

The statement did not specify when it would be held.

The marathon is being held on the sidelines of the inaugural Blue Week, to promote awareness of ocean and coastal sustainability.

It has been held to coincide with the World Ocean Summit, which is set to take place for the first time in Abu Dhabi from March 5-7.

The summit – held for the first time in the Middle East – will discuss the sustainable development of the ocean and how collaboration between countries and regions be optimised.

Some of the other events lined up for the Blue Week include a ‘Blue’ technology exhibition, a traditional dhow boat show and a heritage village.