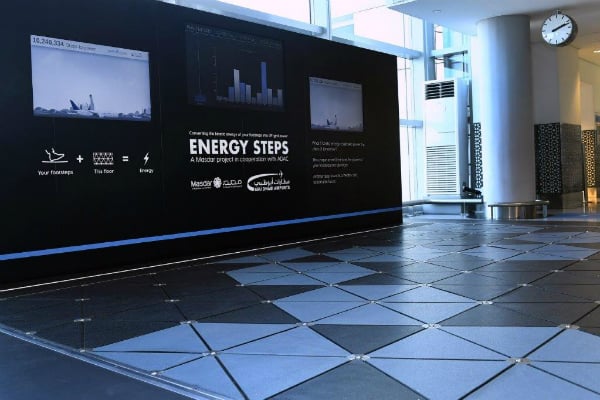 The project, in partnership with UK clean technology firm Pavegen and Abu Dhabi energy firm Masdar, is described as a first for a commercial airport in the Middle East.

It works by using electromagnetic generators spread across 16sqm of interlocking triangles between the airport’s Terminal 1 and Terminal 3.

Authorities said they were tracking around 8,000 travellers per day using the technology, which converts footsteps into electrical energy to provide a data feed and power lighting along the walkway.

Screens and a gaming interface are fitted along the area are designed to encourage interaction from travellers and their children.

“Through this collaboration, Abu Dhabi Airports aims to further its commitment to sustainable practices, educating travellers and residents alike about different sources of off-grid energy and data.”

The project is the latest new technology offering launched by a Gulf airport.

In October, Dubai launched the pilot phase of a smart tunnel project to speed up travel through immigration.