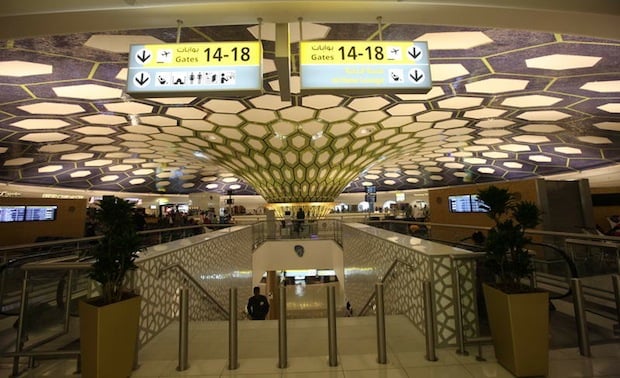 That would represent growth of around 2 per cent compared with 5.1 per cent in 2016.

“This has been a tough year for aviation globally but for the region as well,” an Abu Dhabi Airports spokeswoman said. “We have seen some slowdown in the growth of the airlines that use Abu Dhabi Airport, we also have the regional political situation, these factors are all playing into the slightly slower growth.”

The pace of growth at rapidly expanding Middle Eastern airlines has slowed this year against a more challenging economic backdrop. Travel restrictions imposed by US President Donald Trump’s administration and political crisis in the Gulf have added to the pressure.

Etihad Airways, the main carrier at Abu Dhabi International, is pursuing a strategy review and recruiting for a new group chief executive to succeed veteran boss James Hogan who left the airline on July 1.

On Sunday, the United States lifted restrictions on laptops for flights from Abu Dhabi. However, flights between Abu Dhabu and Doha have been suspended since last month after the UAE and three other Arab countries cut diplomatic and economic ties with Qatar.

Abu Dhabi International handled 10.1 million passengers in the five months to May 31, an increase of 1.8 per cent compared with the same period a year ago.

The UAE’s busiest airport is Emirates hub Dubai International Airport, which is also the world’s busiest for international travellers.

Dubai International handled 36.97 million passengers in the first five months of 2017, a 6.7 per cent increase on the same period last year.