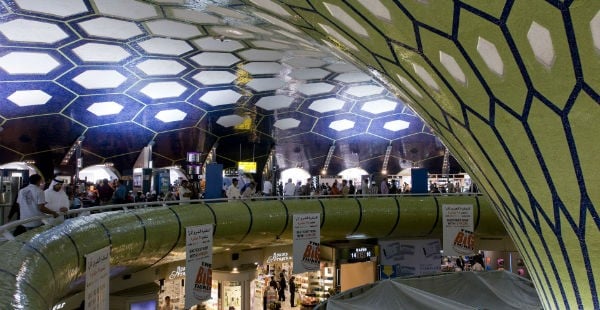 The government of Abu Dhabi has approved Dh1.65 billion worth of projects to upgrade Abu Dhabi International Airport.

The projects include a tunnel under the southern runway, nine new aircraft stands and an automated passenger mobility system.

The new aircraft stands will be able to accommodate the Airbus A380 and other wide-body aircraft, the numbers of which are increasingly considerably at the airport.

“Construction of the new hard stands has already begun, and they will go into operation gradually from the fourth quarter of this year,” announced Abu Dhabi Airports.

The automated passenger mobility project (APM) is designed to connect passengers from the Midfield Terminal Building which will open  in July 2017, to all other future terminals.

The southern runway tunnel will connect the Midfield terminal to all existing terminals. The tunnel will be approximately 46 metres in width and more than 720 metres in length.

Work on the tunnel is set to begin imminently with closure of the southern runway has already carried out for widening works to commence.

“The plans to enhance and develop the current infrastructure of the airport are a result of the monitoring and studying of the constant growth of passengers as well as the alignment with Etihad Airways’ growth strategy,” the airport said.

Abu Dhabi Airport passenger numbers have increased from 3.9 million last year to 4.5 million in 2014,  a 15 per cent rise. Passenger traffic reports forecast a further 30 per cent increase in passenger numbers by 2017 when the Midfield terminal is set to open.