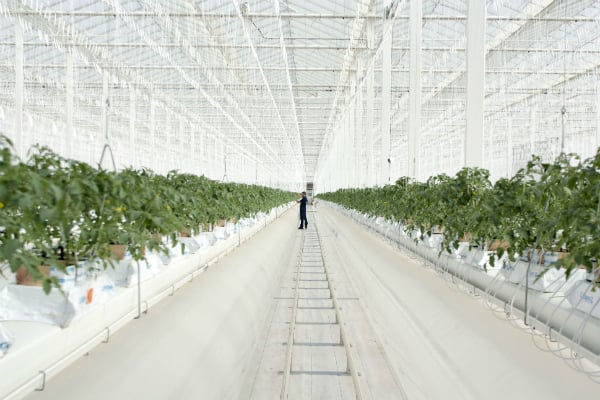 Abu Dhabi agricultural start-up Pure Harvest Smart Farms has announced it is close to selling its first tomatoes on the market.

The company, which closed a $4.5m seed funding round last November with investment from a government-backed fund, technology partners and angel investors including Careem founder Magnus Olsson, is aiming to establish the UAE’s first high-tech commercial-scale greenhouse in Nahel.

It said in an update on Monday that the greenhouse had been successfully commissioned and developed by Dutch designer Certhon Greenhouse Solutions and automated using a Priva climate management system.

Pure Harvest co-founder and CEO Sky Kurtz said the fist crop was then planted roughly a month ago.

“We’re just a little over a month into production and to-date we’ve been able to create a near-perfect climate for the plants, even when the temperatures outside reached over 46 degrees and humidity over 82 per cent,” he said.

“This is a critical milestone: we needed to operate in August so that we could prove our concept during the most extreme summer period. We now know for certain that we can deliver year-round production as winters are easy… and we will only improve upon these results with experience and innovation.”

The company said it was now “very close” to harvesting its first tomatoes and selling them to the market.

Pure Harvest was founded in October 2016 with the aim of addressing food security issues and water scarcity in the UAE. The emirates is estimated to import 80-90 per cent of its food supplies due to its harsh climate.

It is also exploring expansion into other Gulf countries and said last year it had appointed a Saudi partner for a “near-term” expansion into the kingdom.