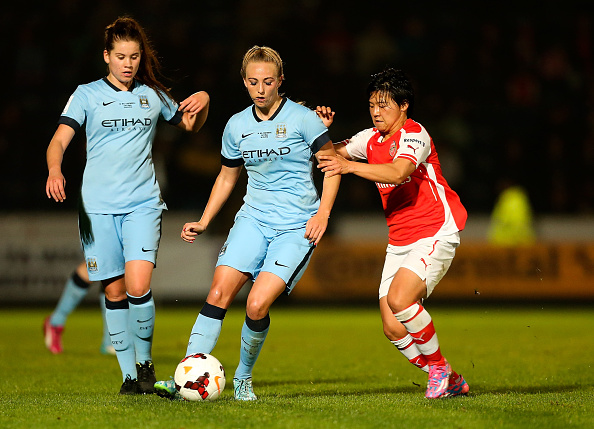 As part of the deal, Aabar will sponsor Manchester City Women’s pre-season training camp in Abu Dhabi and receive a range of match-day advertising at the new Academy Stadium, where the team will play their home games, a statement said.

Aside from other activities, the MCWFC team will also take part in knowledge sharing exercises with the UAE Women’s National Team, the statement said.

Players and coaches from the English football club will conduct four coaching clinics to provide tactical, football and physical skills to the national team in Abu Dhabi.

“Manchester City Women are continuing to grow both on and off the field and today’s announcement of a new partnership with Aabar, a global company, is evidence of this,” said Tom Glick, chief business officer, Manchester City.

Manchester City was brought in 2008 by Abu Dhabi royal family member Sheikh Mansour bin Zayed Al Nahyan, who is also the chairman of IPIC. The club’s other headline sponsors are also Abu Dhabi-based companies such as Etisalat and Etihad Airways.

According to the report, Middle Eastern investors spent $1.5 billion on team ownership in Europe in the last two years.