A Home For Everyone | UAE News 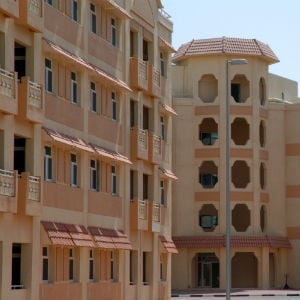 At a time of acute regional unrest, the issue of affordable housing has never been more charged. Gulf leaders are looking for the spark that could light the dry tinder among the young population. Get it wrong, and a shortfall in cheap accommodation will be the least of their worries.

Saudi Arabia and Bahrain face the biggest risk. Saudi must plug a 400,000 home gap, followed by 40,000 in Bahrain, according to Jones Lang LaSalle, a property consultancy. This compares with 20,000 required in the UAE and 15,000 in Oman.

Governments in the region have pledged blockbuster spending plans to calm fears. Overall, Arab governments have announced investments of over $150 billion in middle income housing projects. Saudi has promised to spend $130 billion on social projects such as building new houses and creating jobs, while King Abdullah last year pledged to spend $67 billion on 500,000 new homes.

The roots of the problem are buried in high land prices and the rising cost of infrastructure. Weak home finance models in the Kingdom have also been blamed. But fundamentally, developers and investors, who will ultimately be the ones to bring projects to life, have been concern about uncertainty surrounding future investment return.

There has, therefore, been a trickle of private sector announcements in the sector. In the UAE, Emaar Properties said in November it was in talks with several emirates to roll out affordable housing schemes. Bahrain-based Naseej recently inked a deal with the government to build 3,110 social housing units and a further 1,042 low-cost homes in the Northern City, Al Buhair and Al Lawzi projects.

With an affordable housing shortfall of 3.5 million across the MENA region, it is proving to be a drop in the ocean.

Analysts say any steps to address MENA’s affordable housing shortage must be supported by access to home financing.

In Saudi, many are hanging their hopes on a new mortgage law. An extremely low percentage of Saudi home purchases are financed by mortgages.

Experts estimate that Saudi has only a two per cent mortgage penetration in its real estate market. But the proposed law has been through more drafts and delays than most care to remember. Even if it is implemented in 2012, which is still a long shot, the positive repercussions on the real estate sector could take decades to unfold.

“In Saudi, it’s also about who controls the land and prices,” said Asma Dakkak, an equity research analyst at NCB Capital. “It’s difficult to understand exactly who owns what land and at what price, because it’s owned by a few powerful people.

Dakkak studies the health of the real estate sector by analysing property firms listed on the Saudi stock exchange.

“Land prices have been increasing and continue to increase, which makes it difficult for developers to build a facility that can be put on the market for affordable housing.”

She suggested that greedy landowners continue to hold all the cards. And until this setup is smashed, Saudi is unlikely to beat its low-cost housing crisis.

Land prices are rising at a much higher rate than property prices. Prices of developable land have been increasing at roughly 15 per cent a year, compared to up to six per cent in prices for housing units. In such conditions, a land owner prefers to hold on to his land instead of turning it into an affordable housing development.

Moreover, the absence of fees on land owners motivates owners to hold on more to those assets.

“Tax is not applied to land owners for Shari’ah compliant reasons, but if there was a way of levying fees then that could help the issue of affordability. Land ownership needs also to be dispersed by the government so it’s not held in the hand of a few.”

In December, NCB Capital released a research note warning that the lack of affordable housing could lead to “social problems such as increased crime”. It would prevent people from meeting their other basic needs, such as nutrition and healthcare, or saving for their future.

Dakkak added: “I don’t think the mortgage law will solve these problems. It may increase lending but if you look at the situation at the moment there are facilities available for lending that could be used. The problem of affordability still exists.”

Betting big then is preferable to tinkering around the edges. In line with this thinking, Emaar recently announced the launch of Dawahi Development, a subsidiary developer dedicated to ‘value housing’ projects. The company will function as a separate entity with its own management team and professional staff focused on value housing projects across the Arab world.

“The number of families in the region with an annual income of over $25,000 is expected to double to 28 million by 2025,” said Alabbar. “They will require quality homes and modern amenities that suit their lifestyle aspirations. The public sector alone cannot bridge the gap for value housing across the wider region – which is why we have launched Dawahi Development.”

The likes of Emaar will hope that the dramatic government spending packages announced during early 2011 in the wake of the geo-political unrest will steady the ship. The hope is that enough stability will be created to provide a floor for future growth in the sector.

This won’t happen overnight. The Economist Intelligence Unit foresees delays in the implementation of spending for housing initiatives outline in 2011.

“Implementing the new housing initiatives and overcoming bureaucratic bottlenecks will ensure a significant lag in implementation. For example, the Saudi house-building programme could take anything up to ten years to complete,” it said in a recent report.

As unease continues to bite in parts of Saudi and Bahrain, pressure will, surely, mount on Gulf leaders. Dampening the mood of discontent will remain a priority. For investors, there will be vast opportunities for returns, if and when projects come online.