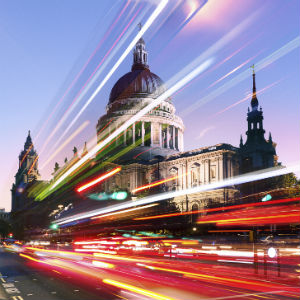 The GCC’s love for Europe is well documented. Many Gulf nationals migrate West to study, holiday, shop or receive medical treatment at some stage.

And judging by recent statistics, the love story only seems to be deepening.

Dubai is now the second busiest destination from Heathrow after JFK, New York, according to Simon Baugh, the director of media and publication relations at BAA.

Between March 2011 and February 2012, over 1.8 million passengers either arrived from or departed to Dubai, according to official statistics.

Visitor numbers from other Gulf regions including Saudi Arabia and Qatar are also rapidly rising, which has even prompted the airport to Arabic speakers specifically over the last year.
“Not only do we have a large number of passengers from the Middle East, but they also seem to appreciate a number of things that London has to offer such as the shopping, restaurants, hotels and art galleries,” he said.

According to Hilton Worldwide’s vice president for the UK, John Rogers, travellers from the Middle East are increasingly combining business with leisure.

“They send their children to summer school, may have medical treatments, may be visiting with families on leisure, but will also do a business deal in the city. We find particularly with our higher end clientele that the trip doesn’t necessarily have one just purpose,” he said.

Many of the Middle Eastern families have been also been visiting London for several years now, and if they are satisfied with the services, they are also loyal to the hotels they stay in, said Rogers.

“The Middle East is a significant market and there is still growth for more tourists to visit,” he said.

But it’s not just the UK that is eyeing tourists from the region; Germany has also been relying heavily on Middle Eastern tourists.

Visitors from the GCC form up to 30 per cent of the overall travellers to Munich, according to Frank Heller, the general manager of Rocco Forte’s The Charles Hotel which operates in the city.

“Last year we had 127,000 arrivals in Munich just from the GCC, and in our hotel, Middle Eastern guests constitute 32 per cent of our visitors throughout the year,” he said.

The majority of the city’s travellers visit for medical treatments, he said.

“Munich has the best doctors and the best know-how,” he said.

The hotel itself has seen a six to seven per cent annual increase in the number of GCC travellers and has hired an Arabic speaking concierge to cope with demand.

“All the employees are trained in the Arabic culture. We have shisha in the terrace, we have an Arabic chef and in the room, you get a carpet for praying and a Koran,” he said.

But its not just medical treatments that are luring Gulf visitors. Munich’s proximity to the GCC also works in its favour, said Heller.

“And, most importantly, you can drive on the highway as fast as you want. That is something very special for a lot of people from the Middle East, especially visitors from Dubai. They say -‘I just want to drive at 240km/hr at least once’,” he said.