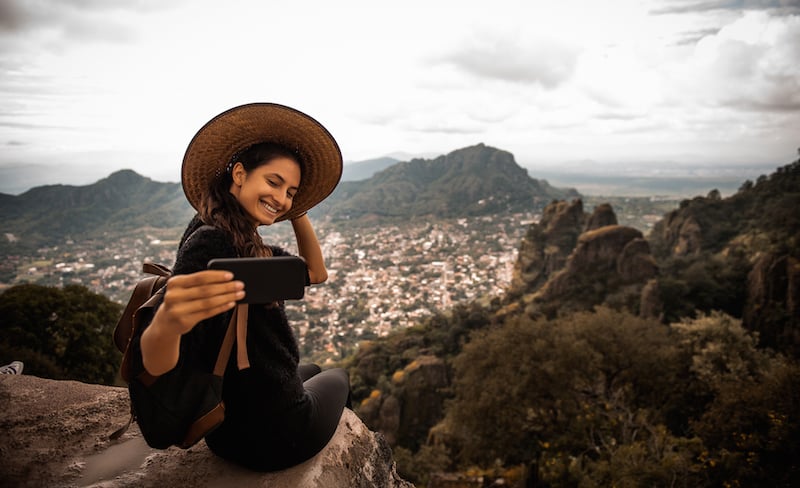 Up to 80 per cent of UAE residents plan their holidays around photos they will take for social media, according to recent survey by travel insurance provider RSA.

While the majority of UAE residents (96 per cent) admit that travel photos are important to them, 80 per cent book vacations for photos to share on Instagram or other social media options, the survey found.

Close to half of the respondents (46 per cent) post their travel photos on social media, while a slightly higher proportion (53 per cent) share them privately with friends and family.

Interestingly, 33 per cent of the respondents also claimed they plan and practice their poses for the photos beforehand.

The survey also found that 70 per cent of those who post such photos, said they feel like their travel experience is incomplete if they do not post photos on social media.

Around 74 per cent of respondents said doing so makes them feel good about themselves, while 70 per cent admitted they like the attention they get from posting their photos on social media.

Over half (53 per cent) of travellers also take photos just for the amounts of likes and comments.

The survey also found that 69 per cent of respondents feel the need to travel to a specific location they have seen on social media in fear of missing out.

They spend time researching the best photography locations which they have seen online to ensure they incorporate these into their travel plans, the report stated.

Influencers are one of the main sources when it comes to choosing a holiday destination through social media. Almost half of all the respondents admitted to following the footsteps of influencers who have posted certain pictures in different destinations.

“Given the high-penetration of social media amongst the population (99.26 per cent), it is not surprising that one of the most tech-savvy populations worldwide would rely on social media for information as well as to share their travel photos,” said David Harris, director of marketing and distribution at RSA.

The survey polled 500 UAE residents aged 18 and above who took at least one trip in the past two years.

According to the study, 24 per cent of the respondents, made five to 10 trips in the last two years, excluding trips to visit family.