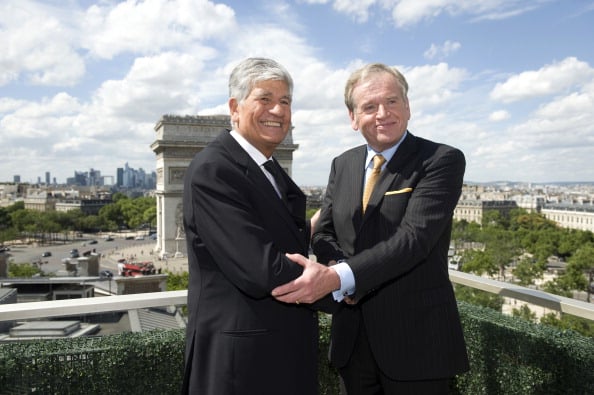 The collapse of the $35 billion merger of New York-based Omnicom with France’s Publicis is likely to lead the world’s biggest ad agencies to think small as they try to counter the challenge from internet giants like Google.

Since announcing their merger last July, executives from the two firms touted the creation of the world’s biggest ad agency as the best way to gain scale and capital to compete on price and invest in technology as clients squeeze the agencies on cost.

One of the prime motivations for the deal was the competition coming from a host of rivals ranging from Google and Facebook, software companies Oracle and Salesforce and consulting firms Accenture and IBM, which are siphoning off business that traditionally belonged to ad firms.

After last week’s break-up, which was due in large part to a clash of cultures and egos, the two firms need to rethink their approach. Bankers and industry executives say buying smaller ad technology companies may be their best bet to capture the billions of dollars flowing toward digital advertising.

“You have two massive organisations that singularly focused their future on a combination of scale to deliver better costs and that is not going to happen now,” said Dave Morgan, the chief executive of Simulmedia, a firm that sells TV advertising. He pointed to recent deals by Google and AOL focused on small ad technology companies that provide analytics.

Greater scale was supposed to give the new Omnicom-Publicis group better bargaining power in buying space for ads on TV, the internet, and print at a time when many global brands are looking to cut costs on advertising.

That rationale was never completely clear, one major Omnicom client told Reuters. And with the promised increase in scale no longer an option, the two firms have to explain to their clients what they can offer instead.

One thing they need to provide is greater insight on what works and how cost effective ads are, especially in digital advertising, ad executives and analysts say.

Consumers now interact with media in a host of different ways, from the traditional sources of TV, radio, billboards and newspapers, to the different offerings online and on mobile including basic portals and social networks.

That has forced ad agencies and clients to change how they value the influence of an ad. A consumer seeing a traditional TV commercial may then go online to search for a deal before eventually buying the product in a store some time later, having been reminded of it by a nearby billboard.

With so many moving parts, the ad agencies have turned to data analytics to better understand and predict the behaviour of consumers.

It is the need for such insight that has put them on a collision course with the big internet and software companies.

But Brian Wieser, senior research analyst at Pivotal, believes there is room for both to operate within the industry.

“Marketing services and technology are becoming increasingly interchangeable,” he said adding there is still room for growth since more services are needed given the fragmented media landscape.

Jeff Lanctot, president and CEO of Mixpo, a company that helps companies create video ads, said the need for scale had actually decreased in recent years as digital advertising – which accounts for nearly a quarter of global marketing spend – used real-time auctions to buy media space.

“Buying power has been the real pitch from the holding companies,” he said. “I think what is the better approach is to get much more aggressive in technology acquisitions.”

Two relatively small deals announced in the last week could be a sign of things to come.

AOL, which has been investing in automated exchanges where machines buy and sell digital advertising, said this week it would pay $101 million to buy Convertro Inc, a platform that helps advertisers manage spending budgets across different media.

On the same day Google announced it was acquiring Adometry, which offers the ability to understand the influence that different marketing tools have on consumer decisions.

One sector banker pointed to providers of retargeting – which shows ads of a certain brand to consumers who have already visited that brand’s site – and data analytics for advertisers as Publicis’ best bet to rebound.

He named Next Performance in France, Struq in the UK and myThings in Israel as the most promising sector players under the 100 million euro revenue threshold.

“These companies are getting a lot of attention. The industry will now prioritize smaller deals that bring real strategic value to investors,” a sector adviser said.

Publicly traded marketing analytics providers such as France’s Criteo, which uses tracking technology to target ads at consumers surfing the web, and Rocket Fuel, which applies big data analysis to digital advertising, are seen as other promising takeover candidates for the big groups.

One of the most prolific acquirer of digital groups is Martin Sorrell’s WPP, which will now retain its position as the world’s largest ad group.

Uncharacteristically left on the sidelines last year, Sorrell wasted little time when the deal was announced in telling both his and his rivals’ clients why it was doomed to fail. Having handled 46 billion pounds of billings in 2013, WPP, he said, offered scale and insight at the same time.

Omnicom’s CEO, John Wren, told investors that Omnicom was still in the market for acquisitions but stressed those would be small bites.

His counterpart at Publicis, Maurice Levy, demurred on other big acquisitions during a call with investors.

Several agency CEOs and analysts said while they expected consolidation to happen, because the industry would forever be under pressure from clients to cut costs, following the Publicis-Omnicom debacle, small may be the order of the day.