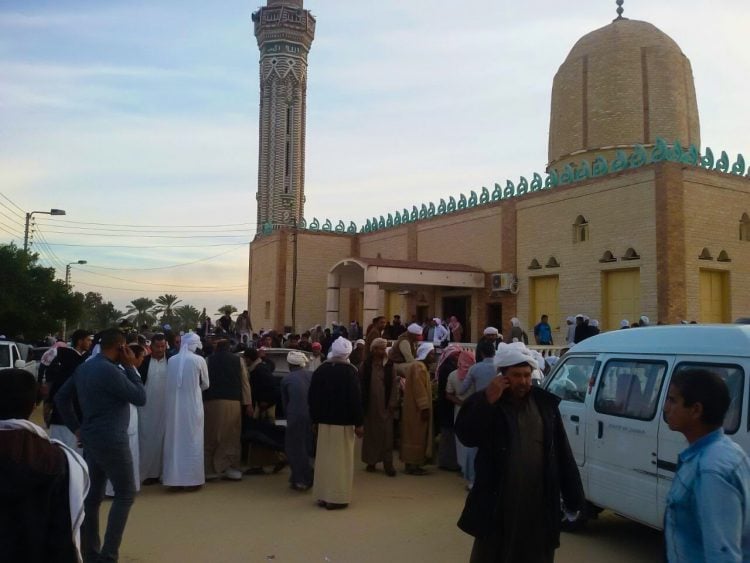 At least 305 people have died and many more been injured in an assault on a mosque in Egypt, with the attack purportedly carried out by IS.

Worshippers at the Al Rawda mosque in the town of Bir Al Abed in the North Sinai province were targeted during Friday prayers in what is the deadliest attack of its kind since an Islamist insurgency in the peninsula was stepped up in 2013.

Witnesses attest to dozens of gunmen attacking the mosque, bombing the packed building before opening fire on people as they tried to flee.

Egyptian security forces have been fighting the insurgency in the peninsular for years, with IS being behind numerous deadly attacks in the region. The security forces and Christian churches have been the usual targets of such attacks, and locals are reported as saying that followers of Sufism – a mystical branch of Sunni Islam – regularly gather at the mosque, suggesting this to be the reason for the attack.

While no group has officially claimed responsibility, Egyptian officials say that the attackers were carrying the flag of IS, with the country’s public prosecutor saying there were up to 30 attackers at the scene.

President Abdul Fattah Al Sisi has vowed to respond with “the utmost force”, which the military has said that it has already conducted air strikes on terrorist targets.

In a statement issued on Friday, the UAE’s Ministry of Foreign Affairs and International Cooperation condemned the attack.

“This horrible crime exposes, beyond doubt, the ugly face of terrorism that does not respect the human soul and the sanctity of places of worship. It also exposes the false allegations of extremist groups, which dons the cloak of religion to justify their barbaric acts, which Islam is innocent from,” the statement said.

“While strongly deploring this criminal act and rejecting all forms of terrorism and violence, the UAE expresses its firm solidarity with and support for Egypt, in its fight against this serious crime,” it added.

“I am deeply saddened by the cowardly terrorist act that targeted a mosque, in Northern Sinai, and resulting deaths and injuries,” the Crown Prince said.

“I condemn this criminal act of terrorism which targeted lives of innocent worshipers, in a house of God, and as I convey to your Excellency, the fraternal people of the Egypt and the families of the dead, I offer deepest condolences and consolation, asking the Almighty Allah to bestow mercy on the deceased and to provide the injured, with speedy recovery.”