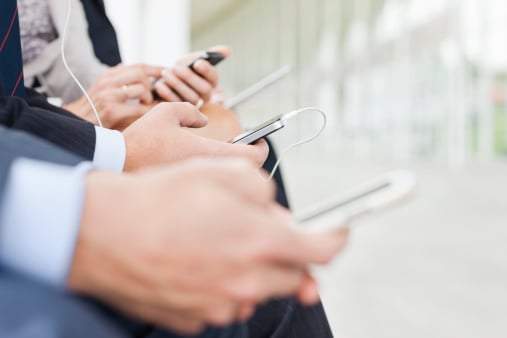 Up to 33 per cent of consumers worldwide would rather accept a 20 per cent reduction in salary than give up their mobile phone, according to a new report by the Boston Consulting Group (BCG).

The firm, which surveyed about 7,500 consumers across the six countries, also found that most respondents were willing to give up luxuries such as dining out (64 per cent), having a pet (51 per cent), and going on vacation (50 per cent) – for an entire year – in order to keep their mobile phone.

Overall, consumers worldwide value mobile technologies at 11 to 45 per cent of their income, it said. The value they place on these technologies ranges from $700 to $6,000 per user.

The aggregate annual consumer surplus – the benefit consumers receive from mobile technologies over and above what they pay – amounts to $6.4 trillion, BCG found.

Globally, the mobile technology industry generated revenues of almost $3.3 trillion in 2014 and is directly responsible for 11 million jobs.

“In the GCC, for example, 4G technology has been embraced by the masses,” said Hermann Riedl, partner and MD at BCG Middle East.

“Today, the region boasts one of the highest LTE-capable smartphone penetration rates (more than 70 per cent) in the world. And this trend shows no signs of abating: there is already momentum building around the imminent arrival of 5G.”

Going ahead, the BCG report also found that 90 per cent of 3G and 4G consumers reported they want even faster data speeds, more coverage, more battery life, and other improvements.

“Many of these breakthroughs will require continuing up-front investments in R&D by the industry,” it stated.