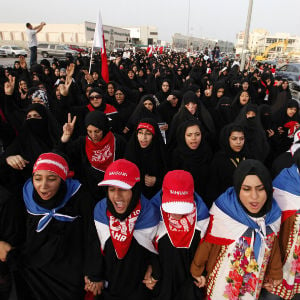 A $20 billion fund planned by wealthy Gulf Arab states to aid Bahrain and Oman has not been capitalised yet, but Bahrain expects to receive an allocation soon, a prospectus for the country’s upcoming sovereign bond issue said.

“At the date of this prospectus, the Development Fund has not been capitalised,” the Bahrain government said in the preliminary prospectus, dated June 19 and seen by Reuters on Wednesday.

The two countries were each supposed to be given a grant of $10 billion, spread over 10 years, for development and social projects. The fund will be sponsored by the wealthier Gulf Cooperation Council members: Saudi Arabia, the United Arab Emirates, Kuwait and Qatar.

Bahrain also said in the bond prospectus that its government budget deficit shrank to $83 million in 2011, the lowest shortfall in three years and well below a projected budget gap of $3.3 billion, because oil prices were higher than expected.

Budget expenditure rose to $7.6 billion in 2011, the highest level since at least 2008, while revenue jumped to $7.5 billion, the prospectus showed.