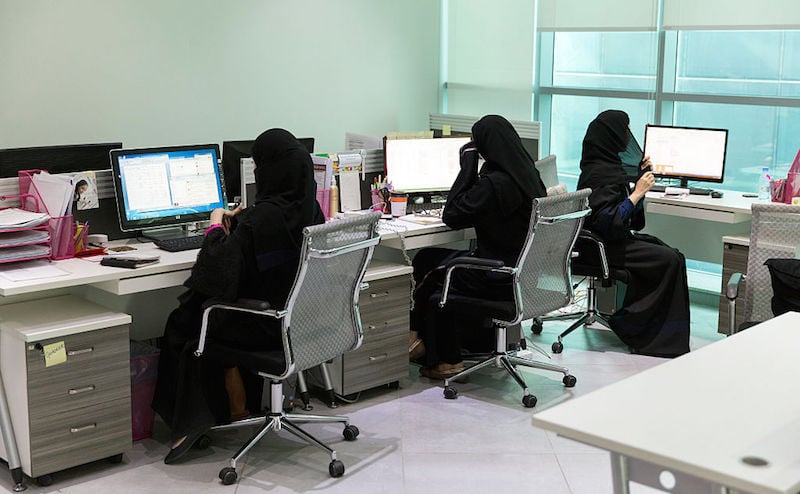 Saudi nationals account for more than half of the women employed in the kingdom’s private sector, according to official data.

While the total number of the women employed by the private sector stands at 308,766, up to 54.4 per cent – 166,848 – are Saudis, local daily Saudi Gazette reported, citing figures from the General Authority for Statistics (GaStat).

The report said 69,763 Saudi women, representing about 41.81 per cent, are working in the education sector.

The third largest sector for Saudi women was found to be the retail and wholesale sector, with 14,051 female employees, representing 8.42 per cent of the total.

That was followed by the hotel and catering sector, which employed 13,784 women – accounting for 8.26 per cent.

A total of 8,515 Saudi women – about 6 per cent – work in manufacturing industries, the report added.

Among expatriates, the report found that 51,125 women work in the health and social service sector, representing 36.2 per cent of the total, followed by the education sector, which employs 35,930 foreign women – accounting for 25.32 per cent.

Saudi Crown Prince Mohammed bin Salman’s Vision 2030 reform strategy is looking to increase the participation of women in the workforce and provide them with greater opportunities.

A decades long ban on female driving was lifted on June 24, while Saudi also awarded licences to its first female pilots last year.